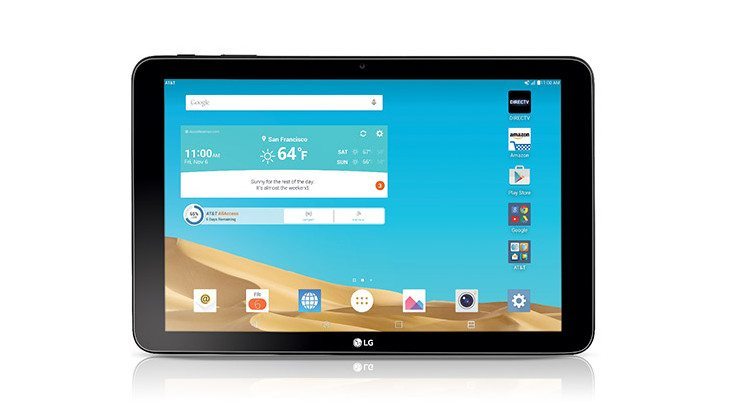 A few months back we told you about the LG G Pad X 8.3 going to Big Red, and now it’s AT&T’s turn at the plate. The LG G Pad X 10.1 is bound for the carrier at the end of this week and it is an option if you’re in the market for a mid-range slate with LTE connectivity.

We’re a few months out from seeing the big holiday sales kick off, but AT&T has announced a bit of a deal if you’re looking to pick up a slate in the near future. The LG G Pad X 10.1 will be available to purchase from the carrier starting September 4th online before heading to retail shops on September 11th. Now that we have that out of the way, let’s take a look at those specs…

The LG G Pad X 10.1 price will set you back $249.99 with a new 2-year deal (yikes) or $17.50 per month on a 20-month installment plan. The off-contract price hasn’t been mentioned, but that option should become available after the tablet launches.