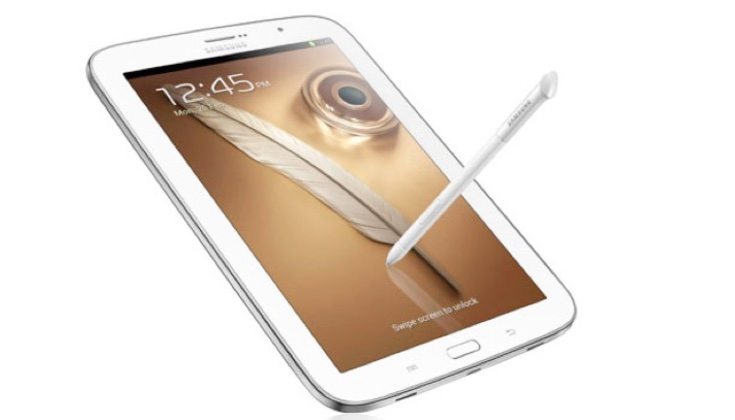 It’s always good to be able to inform readers about Android operating system updates for their devices. Unfortunately, sometimes the news isn’t so good. The Samsung Galaxy Note 8.0 Lollipop update is to be denied for some, news that is bound to disappoint affected owners of the tablet.

The Samsung Galaxy Note 8.0 released in 2013 on Android 4.1.2 Jelly Bean and last year received the upgrade to Android 4.4 KitKat. However, it looks as though that’s where the updates will stop. A UK customer asked on Twitter whether the Samsung Galaxy Note 8.0 Lollipop update would be arriving for the WiFi version of the device. Samsung UK replied by saying that they didn’t want to be the bearer of bad news, but that the Note 8.0 would NOT be receiving Lollipop.

We should stress that this is information for the UK at this stage. However, it could be the same for other markets, although there’s a chance that if you have the Galaxy Note 8.0 elsewhere there may still be plans to roll out Android Lollipop for it. For now it’s a case of fingers crossed and we’ll bring further developments as we hear them.

@jamesnutbeams We don't like to be the bearer of bad news, James, but the Note 8.0 won't be receiving the Lollipop update. ^LC

Samsung UK didn’t give any information about why this upgrade would not be coming to the Note 8.0, but it could be that the company is concentrating on the update for devices that have been bigger sellers. The age of the device could also have something to do with it, although two years won’t seem very long to many owners of the tablet.

Samsung has been known to do an about-turn on upgrade decisions if enough owners have complained, so if you’re a UK user of the tablet you might want to bear that in mind. Do you feel let down by news that at present it doesn’t look as though the Samsung Galaxy Note 8.0 Lollipop update will release, at least not in the UK?

2 thoughts on “Samsung Galaxy Note 8.0 Lollipop update denied for some”