ARCHOS Diamond Plus price and availability announced for Europe 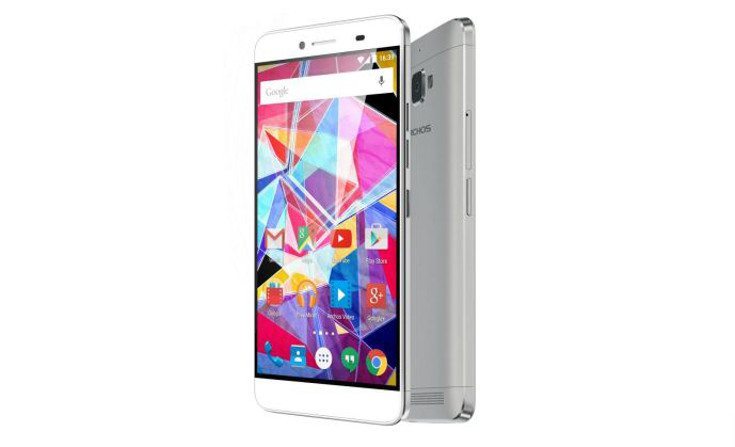 Last week, ARCHOS revealed a couple of new devices from its Diamond lineup, and they’ve just added one more to the collection. The ARCHOS Diamond Plus price and availability has been announced for Europe and it looks to be a larger version of the ARCHOS Diamond S.

The ARCHOS Diamond S made its debut last week, and the ARCHOS Diamond Plus is a similar handset in a larger form factor. As the name implies, it’s in the phablet category so you’ll get a 5.5-inch panel with a resolution of 1,920 x 1,080. A 64-bit MediaTek MT6753 processor clocked at 1.5GHz will run the show with a bit of help from 2GB of RAM and the storage is listed at 16GB but expandable through the usual means.

It’s safe to say the ARCHOS Diamond Plus isn’t necessarily a svelte device as it weighs 178grams and has measurements of 152.6mm x 76.4mm x 8.4mm. It also has 4G LTE to go along with Bluetooth, Wi-Fi, dual-SIM support, and a 16MP/8MP camera combo. The ARCHOS Diamond Plus will get its juice from a 2,800mAh battery and is listed as running Android 5.1 out of the box.

The ARCHOS Diamond Plus is set to roll out in Europe sometime in November with a price tag of Â£179. Pricing and availability have yet to be announced for other regions, but we’ll keep you in the loop as we learn more.