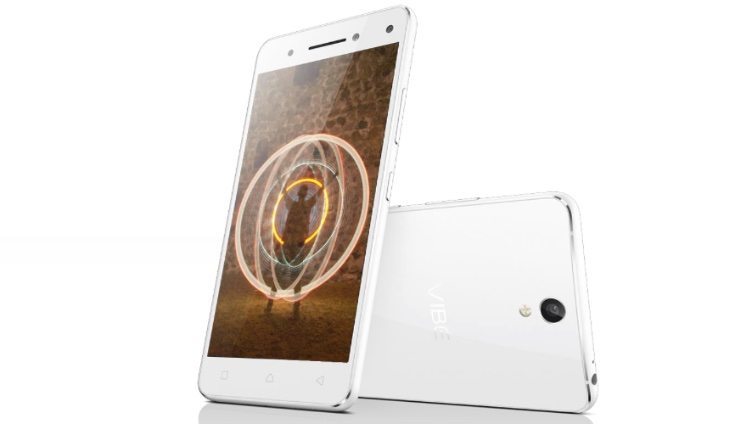 There have been leaks about the Lenovo Vibe S1 for a while now, and at last the phone has been announced at IFA Berlin. One of the tipped features was a dual front-facing camera set-up, and we’re glad to say that official specs confirm this. The Lenovo Vibe S1 is also confirmed for a November release.

When we first heard rumors of the Lenovo Vibe S1 it didn’t appear to be anything special, but when it passed through TENAA certification the rather unique dual-selfie camera was spotted. We’re already seeing plenty of new smartphone arrivals from the IFA event, and now the Vibe S1 has been officially unwrapped. We’ll begin with giving you the specs before some more details on the cameras.

The Lenovo Vibe S1 is equipped with a MediaTek 64-bit octa-core processor, has a 5-inch Full HD display (1920 x 1080), 3GB of RAM, and 32GB of internal storage that can be expanded with microSD to 128GB. It runs the Android 5.0 Lollipop operating system and supports 4G LTE connectivity and a 2420 mAh battery. It will come in Midnight Blue and Pearl White color options and is heading for availability in markets where Lenovo phones are already on sale. The Lenovo Vibe S1 price is from $299 and it measures 7.8mm thick and weighs in at 132g.

The phone has a pretty standard 13-megapixel rear camera but the front-facing camera arrangement is where it gets interesting. The two front cameras are an 8-megapixel unit for selfies and also a 2-megapixel secondary sensor for depth of field info to reproduce human binocular vision. Lenovo is pushing the idea of bringing creativity to selfies with photo editing tools built in. Some of the features are blur to enable refocusing on any part of the image, and Cut Out so that users can crop people out of a selfie picture and put them in another image.

Front-facing cameras for smartphones have come a long way in recent years, and it will be interesting to see if the dual front-facing camera system makes the Vibe S1 a hit with buyers. If you are one of the many selfie enthusiasts out there then the Lenovo Vibe S1 is likely to appeal. Give us your first thoughts on this new Lenovo smartphone using the comments box below.