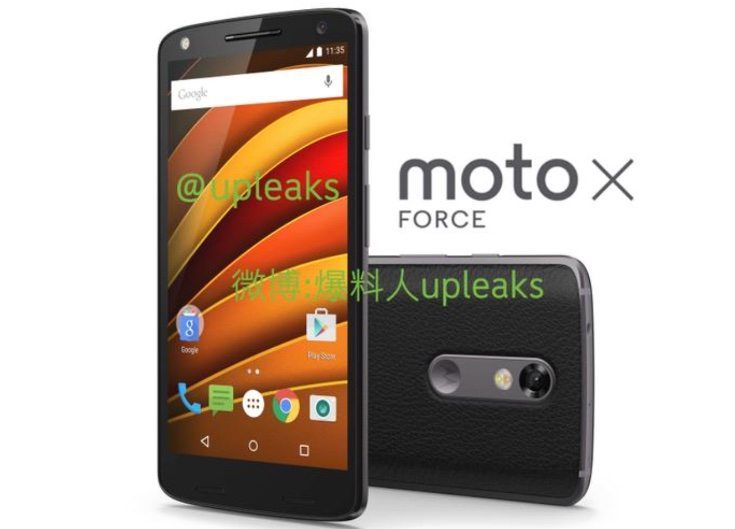 Regular readers may remember that just a few days ago we reported on a device dubbed the Motorola Bounce. A leaked image accompanied this news and we said that the final name might change by the time it hits the shelves. Now the Moto X Force appears to be confirmed as the final title of the Moto Bounce by a further leaked image of the device.

When we first heard about the device codenamed Bounce it was described as being shatterproof and thought to be heading for a December release. Rumored specs of the device include a Snapdragon 810 processor, 5.43-inch display with Quad HD resolution of 2560 x 1440, 3GB of RAM, and 32 or 64GB options for internal storage.

Further unconfirmed specs are a 21-megapixel rear camera, 5-megapixel front-facing shooter, and a nicely sizeable 3760 mAh battery. Now the same source as the original leak has revealed the official name of the device as the Moto X Force, as shown in the new leaked image that you can see here. While we cannot verify the image, this leaker is usually extremely reliable with information on upcoming products.

While the earlier image showed a white version of the handset, this latest picture is of a black version. As you might expect for something described as shatterproof, the Moto X Force looks fairly sturdy. It could therefore be the case that it’s dust and water-resistant to IP certification standards, and there’s also the possibility of a military MIL-STD rating although nothing is clear on this just yet.