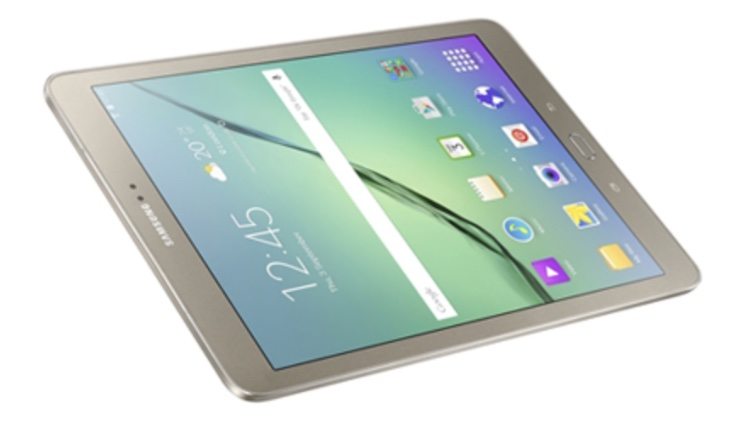 The Samsung Galaxy Tab S2 9.7 tablet was made official in July and now we can tell our readers in India that the device has arrived for sale in the country. If you wanted the Tab S2 8.0 you might be disappointed to hear that Samsung has no plans to release the smaller tablet in India any time soon, but if you wanted the larger version anyway we have details of price, specs and more coming right up.

Further specs of the Tab S2 9.7 include 3GB of RAM, 32GB of internal storage (expandable with microSD to 128GB), and a sizeable 5870 mAh battery. It has an 8-megapixel rear camera, a 2.1-megapixel front-facing camera, 4G LTE cellular connectivity, and runs the Android Lollipop operating system with Samsung’s TouchWiz UI.

The tablet measures 237.3mm x 169mm x 5.6mm and features a fingerprint sensor incorporated in the Home button. The Galaxy Tab S2 9.7 also comes with a nice extra in the form of the Galaxy Gifts app. This offers buyers of the device access to premium apps and services for a certain time, such as 6 free months of Endomondo Premium, 3 months of Evernote Premium and more.

Are you pleased to know that the Samsung Galaxy Tab S2 9.7 has landed for India, and if so, what do you think of the price? Maybe you were more interested in purchasing the smaller Galaxy Tab S2 8.0? Why not let us know by sending in your comments.