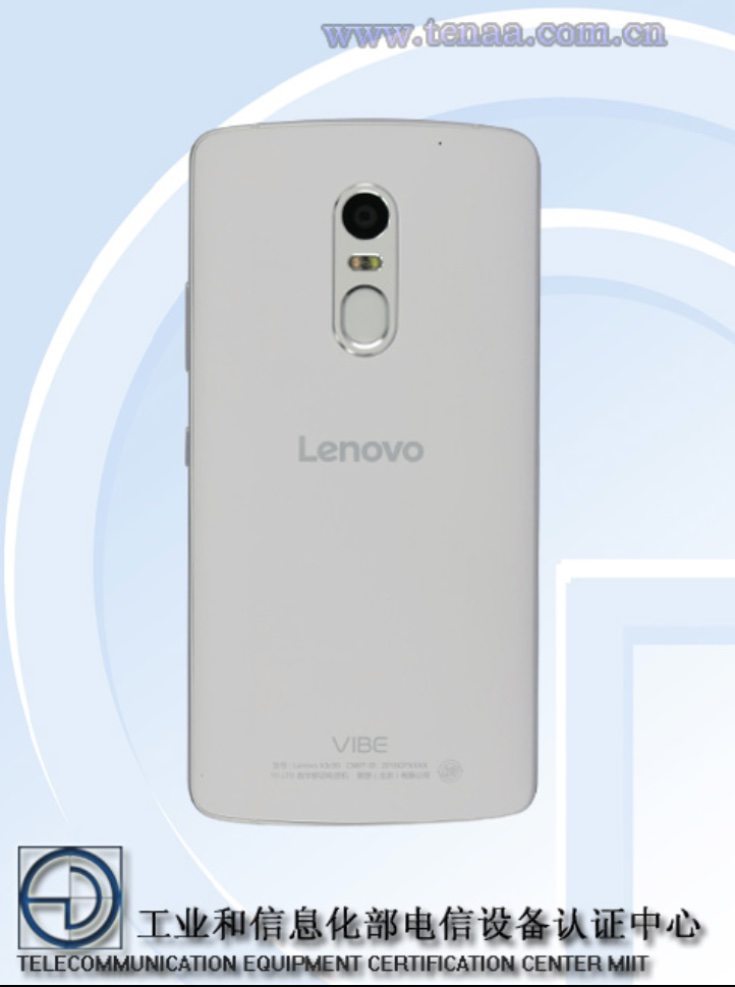 The Vibe X3 from Lenovo is a smartphone that’s been on our radar for some time now, and last month we saw some specs disclosed by a benchmark appearance. Now Lenovo Vibe X3 certification has shown some more on specs. While some tally with the earlier leak there are also some differences.

This upcoming Lenovo phone has still not been made official, but the fact that it has now been passed through the Chinese certification process suggests a release may not be too far away. The TENAA spot gives us a new look at some specs and features for the Lenovo Vibe X3.

Specifications listed that tie up with the earlier benchmark appearance include a Snapdragon 808 hexa-core processor, 3GB of RAM, and 32GB of internal storage. Other specs that match up include a 21-megapixel rear camera and 8-megapixel front-facing camera. Also it’s running the Android 5.1.1 Lollipop operating system and has a fingerprint scanner.

However the benchmark sighting revealed a 5-inch Full HD display while the TENAA process shows it to have a 5.5-inch display but still with Full HD resolution of 1920 x 1080. Previously there was no mention of whether the phone would have expandable storage but now we know it does. Other revelations from the latest appearance include 4G LTE support and dual front-facing speakers.

The certification also includes images of the handset and dual-LED flash for the rear camera is evident. As well as this dimensions are shown as 154mm x 76.4mm x 9.4mm and the Vibe X3 weighs in at 175g. We often see the official launch of devices just after they turn up for certification purposes, so we expect to hear more on confirmed specs, a release date and price for the Lenovo Vibe X3 soon.

Does the Lenovo Vibe X3 look like a smartphone that would interest you if it releases where you are? Let us know with your comments.