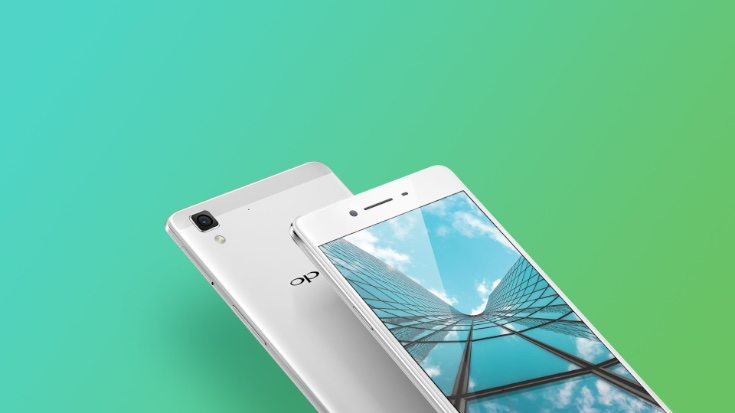 Plenty of readers will have heard of the Oppo R7 and R7 Plus that released back in May, and now the Oppo R7 Lite has been quietly introduced. The Lite version of the smartphone is now showing on the company’s official website listing the specs, although the price is not given. However, the price is shown on one Indonesian retailer’s website that says it has the phone in stock.

Just as you might expect, the Oppo R7 Lite is a cheaper variant of the regular R7 with some lesser specs although it has the same design. Oppo R7 Lite specifications include a 5-inch AMOLED display with HD resolution of 1280 x 720 and 2GB of RAM. This compares to Full HD resolution for the display and 3GB of RAM for the Oppo R7.

Many of the other specs of the Oppo R7 Lite are the same as the earlier version though. These include a Snapdragon 615 octa-core processor, 16GB of internal storage (expandable with microSD card), a 13-megapixel rear camera with phase detection autofocus, LED flash and 1080p video capture, as well as an 8-megapixel front-facing camera. It also has the same 2320 mAh battery and comes with a VOCC charger.

The Oppo R7 Lite does have one benefit over the standard R7 though. The Oppo R7 released on Android KitKat and hasn’t yet received the update to Lollipop. However, the R7 Lite runs the Android 5.1 Lollipop-based Color OS 2.1.

Are you a potential buyer for the Oppo R7 Lite if it arrives for sale for your market?

Sources: Oppo AND OfanStore.co.id
Via; GSMArena