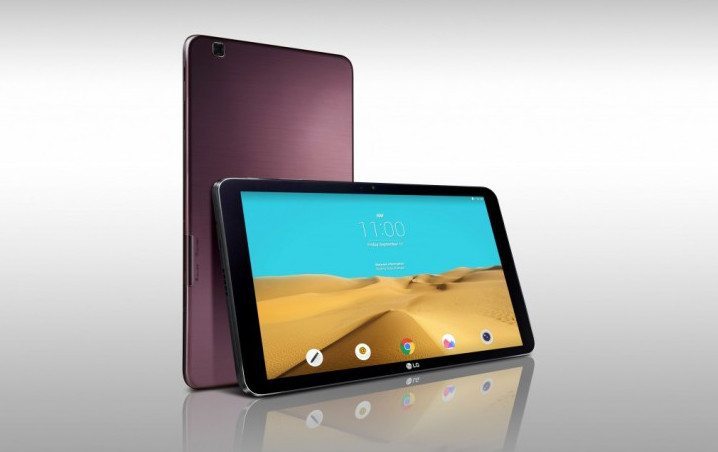 We learned the LG G Pad II 10.1 would be hitting the streets sometime after IFA, and it looks like today is that day. The slate has just arrived in South Korea, and a launch in the US is right around the corner.

The LG G Pad II 10.1 was shown off at IFA in Berlin, and we knew it would go global soon after the big event. The tablet is now available in South Korea with LTE or Wi-Fi, and the price tag could make it an option once it lands stateside.

As the name implies, the LG G Pad II 10.1 features a 10-inch panel with a resolution of 1,920 x 1,200. While it’s not QHD, you should have plenty of juice thanks to a large 7,400mAh battery. That battery will provide power to the panel and to a Snapdragon 800, which is backed by 2GB of RAM. The storage is listed at 32GB, but can be kicked up to a whopping 2TB through the usual means.

The LG G Pad II 10.1 measures 254.3mm x 161.1mm x 7.8mm and weighs in at 487grams. On its backside, you’ll find a 5MP snapper while the front-facing camera clocks in at 2MP. Connectivity options include Wi-Fi, Bluetooth, GPS/A-GPS, and 4G LTE on the cellular edition. The slate will come with Microsoft Office apps pre-installed and will run Android 5.1.1 with LG’s UI on top.

If the LG G Pad II 10.1 has piqued your interest, you should be able to pick one up in the US within the next few weeks. The current color options include Brilliant Bronze, and the price is expected to be around $360.