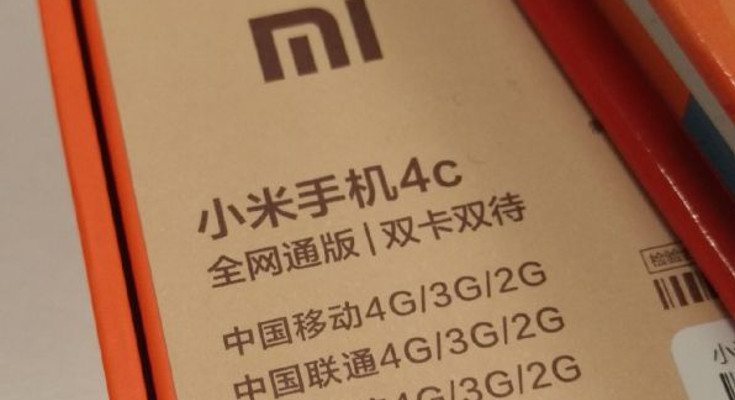 Xiaomi is set to hold an event tomorrow where they will show off the Xiaomi Mi 4c. If you don’t want to wait, you’ll want to keep reading as Xiaomi Mi 4c photos have emerged to show the handset ahead of its official unveiling tomorrow.

We’ve crossed paths with the Xiaomi Mi 4c a few times over the past month; when it got benchmarked and through a packaging leak. Needless to say, that give us a good idea of what to expect from the Xiaomi Mi 4c specs and we now know what the handset will look like thanks to a stealthy blogger from the Far East.

As with a lot of leaks, the Xiaomi Mi 4c photos have come from the depths of Weibo where someone has apparently snapped photos of the handset a bit early. The photos show the box the device will arrive in along with a couple of shots of the smartphone itself. It may look like the Xiaomi Mi 4i, but there are some important changes have taken place under the hood. 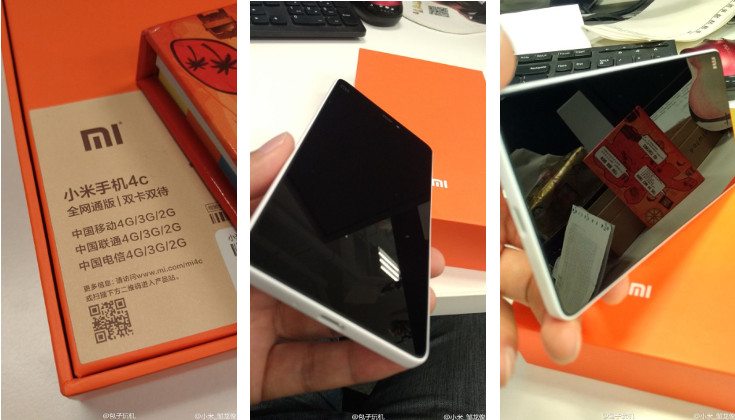 The Xiaomi Mi 4c will mimic the Mi 4i in plenty of areas, but will be faster than its predecessor. That’s due to a Snapdragon 808 processor, which is a nice step up from the Snapdragon 615 found in the previous model. Aside from the chip switch, everything else appears to stay the same so you’ll get a 5-inch FHD panel, 2-3GB of RAM, 16GB/32GB of internal storage, and a 13MP/5MP camera combo. The handset should have a 3,080mAh battery, a Type-C USB port, and 4G LTE as well.

While the Xiaomi Mi 4c isn’t flagship material, the variant will be a nice option for folks in the region once it arrives. The price tag is believed to be around CNY 1,499 for the base model, with the 3GB version coming it a bit higher.