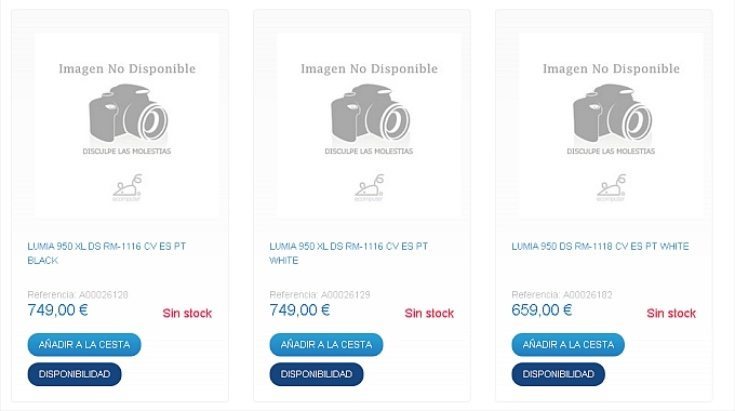 If you have been following developments for the upcoming Lumia 950 and 950 XL, you’ll already know that the date to circle on your calendar is October 6th. Ahead of the event and expected launch, the Microsoft Lumia 950 and 950 XL are the subjects of a price leak, and the pricing is looking pretty steep.

Now there has been further news on this with a Spanish retailer sighting of the phones. The listing gives the dual SIM Microsoft Lumia 950 price as â‚¬659. That equates to around $735, Â£477 or Rs. 48,400 at the time of writing. Meanwhile the price of the dual SIM Microsoft Lumia 950 XL is given as â‚¬749. That’s around $835, Â£543 or Rs. 55,000. We’ll stress that this pricing is not official and that it could be case of the retailer jumping the gun or taking a guess at the prices. Even if accurate we’ll point out that pricing can vary according to region, so the above equivalent prices are simply guidelines only.

One thing for sure is that the October 6 event will soon come round and we should finally hear confirmed specs of both devices along with a release date and of course the official prices. We’ll keep you informed in the run up to the Microsoft event and bring you the news as we get it. Do you have your sights set on the Microsoft Lumia 950 or the Lumia 950 XL? If the above retailer listing turns out to be right, what are your thoughts on the pricing of these Windows 10 smartphones?