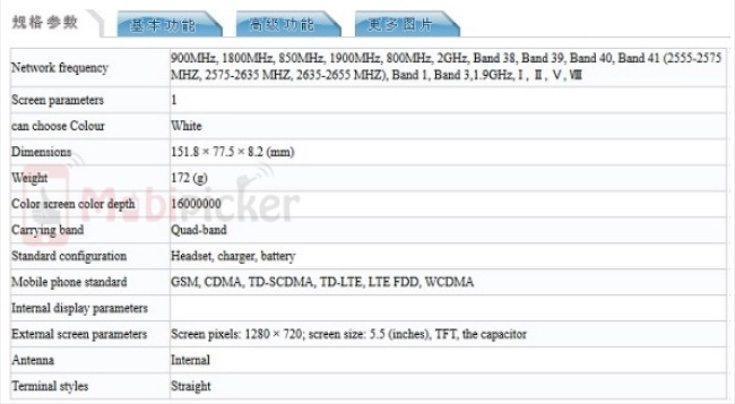 In mid-August we heard the first rumors that a new Samsung Galaxy O series of phones was on the way. These were tipped to be called the Galaxy O5 and Galaxy O7, but later leaks saw them retitled as the Samsung Galaxy Grand On and Mega On respectively. Now the Samsung Galaxy Mega On phablet has passed through TENAA certification in China, which backs up some of the leaked specs so far and also brings the phone nearer to a release.

At the end of last month we gave details of specs for the Mega On (SM-G6000) from a benchmark appearance of the phone. This was followed earlier this month by an import/export database spot of the phone showing it arriving in India for testing. Often a device launches very soon after an appearance at TENAA, so this is a promising sign that a release may not be too much further away.

Normally when an upcoming device goes through TENAA we are treated to some images from the certification process. This time there are no pictures available but the filing does show various other details to back up the previously leaked specs. These include a 1.2GHz Snapdragon 400 quad-core processor and 5.5-inch THT LCD display with HD resolution of 1280 x 720. There’s also 1GB of RAM, 8GB of internal memory (expandable with microSD), and 4G LTE connectivity. 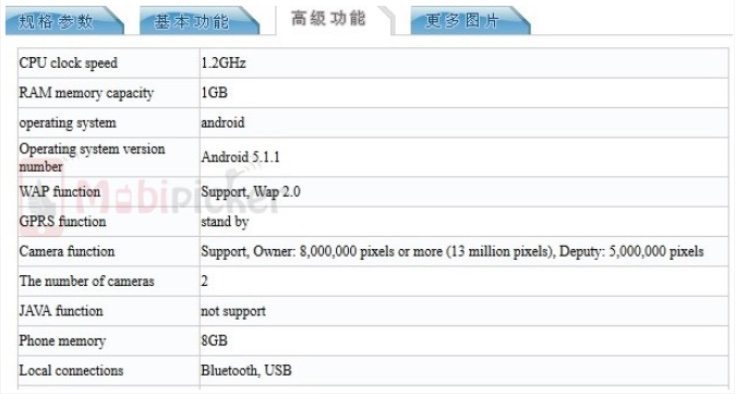 The sighting also shows the Samsung Galaxy Mega On is running Android 5.1.1 Lollipop. Dimensions of the phone are given as 151.8mm x 77.5mm x 8.2mm and it weighs 172g. The certification also lists 2 cameras and these leaked earlier as a 13-megapixel rear camera and 5-megapixel front-facing shooter. The phone is thought to be carrying a 3000 mAh battery.

Adding up the signs leads us to believe that it will soon be made official. We’ll bring you details on price, a release date and more as soon as it comes to us. Are you waiting for availability of the Samsung Galaxy Mega On phablet?