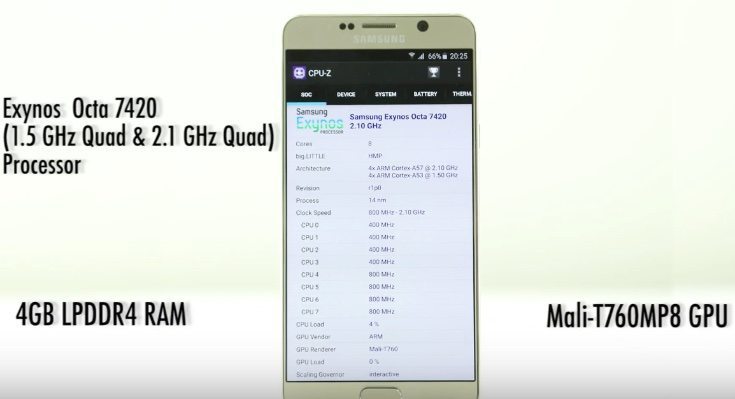 Since the latest in the Samsung Galaxy Note lineup released in August it has been put through its paces in various testing. Today we’re concentrating on performance with a video showing the Samsung Galaxy Note 5 in a benchmark testing bonanza and its results compared to some other popular handsets. As the device has top-flight specs we would expect the scores to be impressive.

If you scroll down the page you’ll find we’ve embedded a video from Fone Arena showing an array of benchmark tests being conducted on the Note 5. The different tests involved are Quadrant, AnTuTu, Vellamo 3.1, Linpack, Geekbench 3.0, Nenamark 2, Basemark X, 3DMark Ice Storm Unlimited, and Basemark OS II. After each test you’ll then see the result attained by the Samsung Galaxy Note 5 shown on a table compared with some other top handsets.

Just some of the other devices included in the comparison charts are its predecessor the Galaxy Note 4, as well as the Samsung Galaxy S6 and S6 Edge+, the HTC One M9, OnePlus 2, and LG G4. When you view the video you’ll see that in all but one of the tests the Note 5 is in the top half of the table, and in fact in several tests it gains the winning spot.