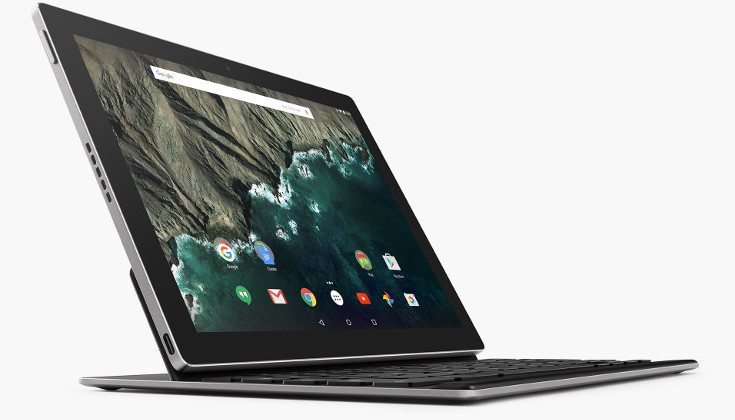 In a day of big announcements, the one device that surprised many of us was the one we almost didn’t see coming. The Google Pixel C tablet somehow managed to fly under the radar until yesterday, but today the slate is official and here’s what you can expect.

Many of the rumored specifications for the Google Pixel C leaked yesterday, but several details were up in the air. One involved the display as we heard it would have a 10.2-inch panel with an unknown resolution. That question was answered today, so you can expect a whopping 2,560 x 1,800 from the Google Pixel C’s large panel. The cameras have also been revealed, so you’ll get an 8MP sensor on the back and a 2MP camera on the front.

The processor powering the slate is the NVIDIA Tegra X1, which will be backed by 3GB of RAM. That makes it one of the more powerful tablets around although we don’t expect it to stay at the top for long as plenty of 4GB tablets are on the way with high-end chips. That being said, we don’t expect many if any to be as thin as the Pixel C with as it’s only 7mm thick. Google was light with the details but everything else lines up nicely with the previous leak.

The last piece of the puzzle from the Pixel C leak was the price as we expect it to be expensive, but weren’t sure how bad the damage would be. It’s actually better than expected as the 32GB model goes for $499 while the 64GB edition is $599. The keyboard attachment is listed at $149 and we wouldn’t be surprised to see a few more accessories before or soon after launch. As for the Google Pixel C release date, Google didn’t specify one but it should arrive before the holiday season rolls around.