The Gionee M5L rolls through TENAA with a 5.5-inch panel and 2GB of RAM 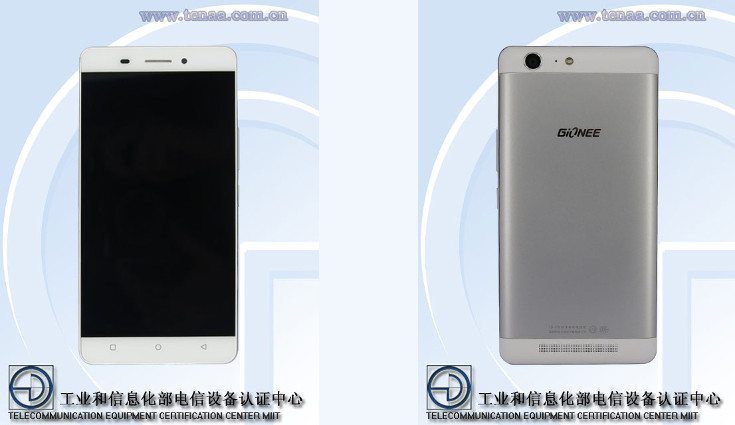 Gionee has been one of the busier handset manufacturers this year, and the Gionee M5L may be the company’s next release. The smartphone has just passed through certification in China, which means we’ve got the skinny on the Gionee M5L specs and a couple of photos to boot.

TENAA is a great place to pick up information on unannounced smartphones, and out all of similar agencies globally, they usually gives us the best details. The Gionee M5L hasn’t been on our radars until today, but it may be on yours after today as it should be affordable and could have a very large battery like its predecessor.

In terms of design, the Gionee M5L looks like about every other handset out there but could have a metal backplate as it doesn’t appear to be plastic in the photos. There’s not a lot to say about the looks although it appears to have slim bezels which is never a bad thing. As for the dimensions, the handset measures 152mm x 76mm x 8.6mm and has a weight of 213grams.

The Gionee M5L is set to sport a 5.5-inch display with a resolution of 1,280 x 720. The processor powering the panel is listed as a quad-core chip clocked at 1.3GHz, and it will get some help from 2GB of RAM. You’ll get 16GB of storage to work with out of the box, and it appears to be expandable up to 128GB with a microSD card.

In the connectivity department, the Gionee M5L features Bluetooth, Wi-Fi, GPS and 4G LTE for the proper bands in the region. The rear camera clocks in at a respectable 13MP, while the front-facing camera looks to be a 5MP sensor. The dual-SIM device should be powered by a large battery (it’s heavy) like the previous model, and is listed as running Android 5.1.

The Gionee M5 came with dual batteries, and while we don’t know what’s going on in the power department with the Gionee M5L, it’s safe to assume it will have plenty of juice. The handset appears to have passed through TENAA late last week, so we could hear something official soon.