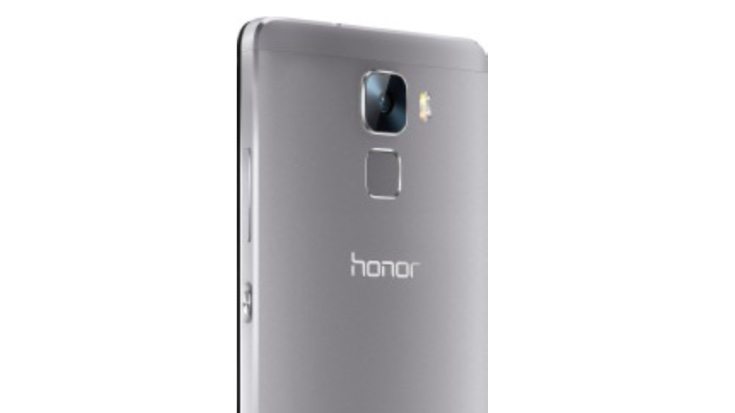 At the end of June Huawei announced its flagship Honor 7 smartphone. This released first in China followed by Europe, and now the Huawei Honor 7 price has been given for buyers in India. This device will be available in India exclusively from Flipkart, and we have specs and all the details you need coming right up.

First up is that important pricing news and the Huawei Honor 7 price is Rs. 22,999. It’s up for grabs from October 15th so there’s a little over a week to wait until it can be yours. Colour options are Mystery Grey or Fantasy Silver, and it has an attractive unibody metal casing and features a fingerprint sensor.

The phone has a 20-megapixel rear camera with f/2.0 aperture, phase detection autofocus, dual-tone LED flash, and Sony IMX230 sensor, as well as an 8-megapixel front-facing camera with LED flash. It has a 3.5mm audio jack and IR LED, and it runs the Android 5.0 Lollipop operating system with Huawei’s Emotion UI 3.1. There are plans to upgrade this with the Android 6.0 Marshmallow update in beta in January next year, with a stable version scheduled for February.

Features include fast charging (to 100% in one hour and twenty-five minutes or 50% in thirty minutes), and Smart Sense with dedicated Smart Key. Honor’s International Business Vice President Zhao Gang said of the launch,

“We are enthusiastic to introduce the Honor 7 in India today. The phone is a testament of our commitment and growth across markets. As a global pioneer, Honor travels wide and this is currently demonstrated by its efforts in key markets such as India, Russia, Germany, France and the United Kingdom. The device’s precise dimensions and metallic finish offer an optimal form-factor and premium feel, while its smart and multimedia capabilities inspire action and creativity.”

What do you think of the Huawei Honor 7 price in India? Have you already decided to make this your next phone purchase? Your comments are always appreciated.