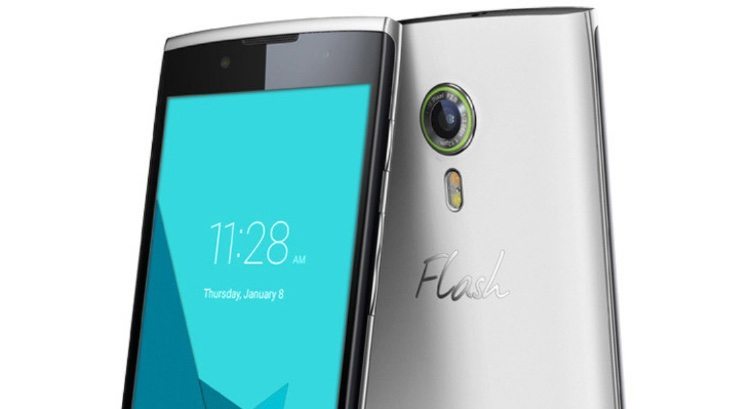 Last month Alcatel introduced its OneTouch Flash 2 smartphone and said that it would be released in various world regions including India, Vietnam, Indonesia, the Philippines, Malaysia, Thailand, and Singapore. Now the Alcatel OneTouch Flash 2 is getting an October 20th India launch, so there are just a few more days to wait.

Invitations to the launch event of the Alcatel Flash 2 in India are now being sent out, and in our previous article on the phone we told how it would be exclusively sold in India at Flipkart. The dual SIM handset comes in Mica White or Volcanic Grey colour choices. Pricing hasn’t been announced yet but we should hear the official price on Tuesday.

This camera-centric smartphone is also pretty attractive to look at and has a curved back with contoured sides for a comfortable feel in the hand. Are you pleased to hear that the Alcatel OneTouch Flash 2 will soon be available in India? What sort of price are you willing to pay for this new Alcatel smartphone? It’s always good to receive your comments.