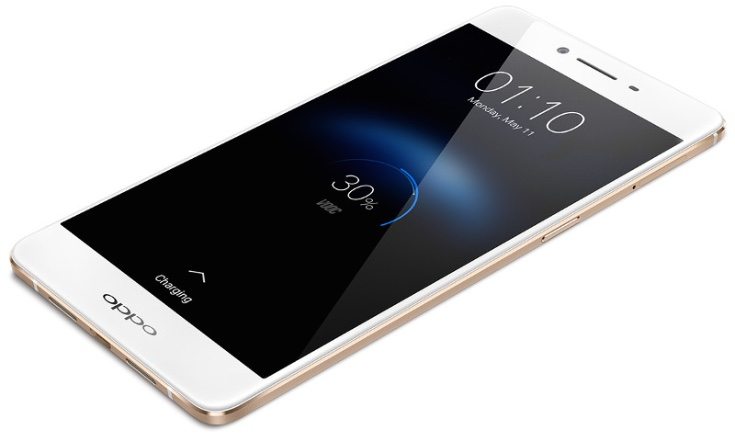 The Oppo R7 and R7 Plus released in May this year and last month the Oppo R7 Lite was also announced. Now the new Oppo R7s sits somewhere between the display sizes of the others in the line. The phablet has a 5.5-inch AMOLED display with Full HD resolution of 1920 x 1080 featuring a 2.5D Arc Edge panel and Gorilla Glass 4.

Other Oppo R7s specs are a 1.5GHz Qualcomm Snapdragon 615 octa-core processor, Adreno 405 graphics, 4GB of RAM, and 32GB of internal storage, expandable with microSD. It has a 13-megapixel rear camera with LED flash, 8-megapixel front-facing shooter, and a 3070 mAh battery with VOOC Flash Charge support.

The phone will be available in gold or silver color choices and will release in markets that include Australia, Indonesia, Malaysia, Singapore, Taiwan, Thailand, and Vietnam, next month. In December the phone will also be available for Europe and the US through Oppo’s website.

The price of the Oppo R7s hasn’t yet been announced although pricing for China is expected to be given at another event taking place tomorrow in Beijing. What are your first thoughts on the confirmed Oppo R7s specs? Does this look like a device that you might buy for yourself? Do send your comments to let us know.