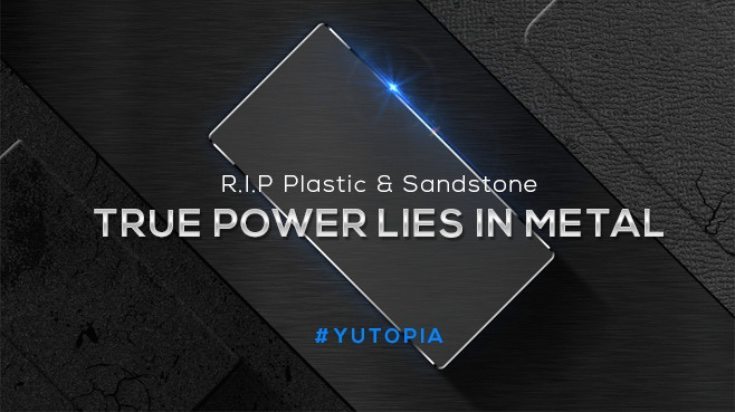 The YU brand has been coming up with some popular smartphones such as the Yureka, Yuphoria, and Yunique, and we’ve known for some time that the YU Yutopia is on the way. It’s set to be a flagship device and now the YU Yutopia metal body is confirmed in new teasers before the launch.

Late in September we reported on a launch teaser for a new YU which the company dubbed the “Real Beast.” Since then YU co-founder and CEO Rahul Sharma has confirmed the Yutopia, and Cyanogen has also confirmed that the device will launch with the Android 5.1.1-based Cyanogen OS 12.1. Now YU has tantalized us with some further information about the phone.

One image shows the chamfered edge of the YU Yutopia with the text reading, “R.I.P. Plastic & Sandstone. True Power Lies in Metal.” Meanwhile another image says, “Unleash the Real Beast within” and the same image also contains the tagline, “The most powerful phone ever.” 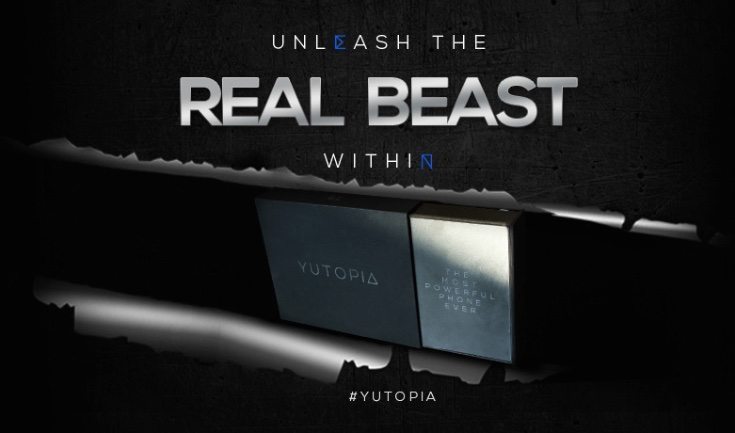 The company has also posted a new tweet today about the YU Yutopia that contains a thinly disguised slight about other devices such as the OnePlus 2 and Xiaomi Mi 4. The tweet says, “The Real Beast is metal. “Flagship” rivals may now become immaterial.” We must say that the signs are the YU Yutopia has all the makings of a true flagship smartphone.

Unofficial specs of the YU Yutopia (YU5050) so far include a Snapdragon 810 64-bit octa-core processor (four cores at 2GHz and four at 1.5GHz), Adreno 430 graphics, and a 5.2-inch display with Quad HD resolution of 2560 x 1440. Further unconfirmed specs include 4GB of RAM, 32GB of internal storage, a 21-megapixel rear camera with LED flash, and 8-megapixel front-facing unit.

These latest teasers are another indication that the YU Yutopia unveiling should take place before too much longer. Previous rumors have suggested that the launch will be before Diwali, so we should soon hear confirmed specs, price and more. Are you keenly anticipating the arrival of the YU Yutopia smartphone?