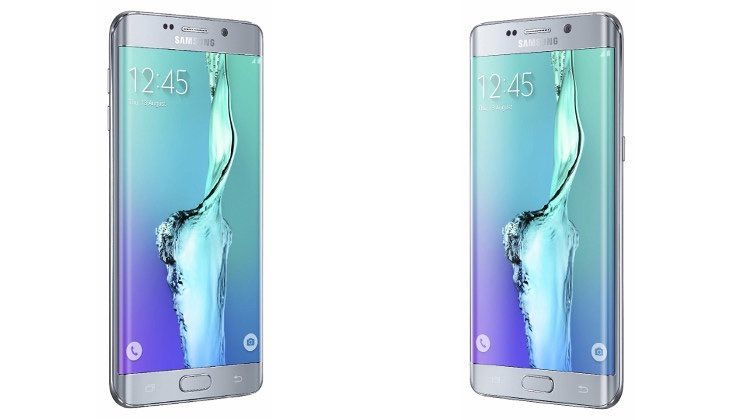 Last week the first software update for the Samsung Galaxy Note 5 appeared, and now the initial Galaxy S6 Edge+ update is starting to roll out. That’s not too surprising considering many of the internals of these devices are the same. This is a notable update that should be well worth upgrading your device to as soon as you can.

This Galaxy S6 Edge+ update has build number G928GDDU2AOJ5 and weighs in at 138.14MB in size. It’s rolling out as an OTA (over-the-air) update that offers many improvements and optimizations. If you haven’t yet received notification of the update to your Edge+ you can check manually to see if it’s ready.

The screenshot below shows what you can expect with the Galaxy S6 Edge+ update including call stability enhancements, security improvements, and no doubt the usual amount of bug fixes. You’ll also see that Samsung has included a disclaimer saying that due to security policy updates you will not be able to downgrade your phone after you’ve installed the update. 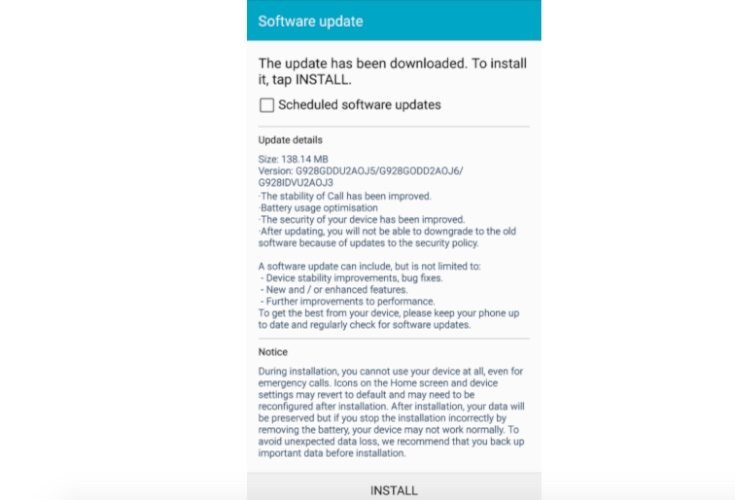 The changelog also says that there is battery usage optimization, but before you get too excited about this it’s worth noting that SamMobile says this is a bit misleading. You can check out more about that at the link below. The update is reported to be arriving for Europe and India so far, so you can expect it to reach further regions before too much longer.

It’s always good to see the progress of software update rollouts, so if you have this smartphone we’d like to hear from you. Have you already received this first Samsung Galaxy S6 Edge+ update? If you have maybe you could also let us know the region that you are in?