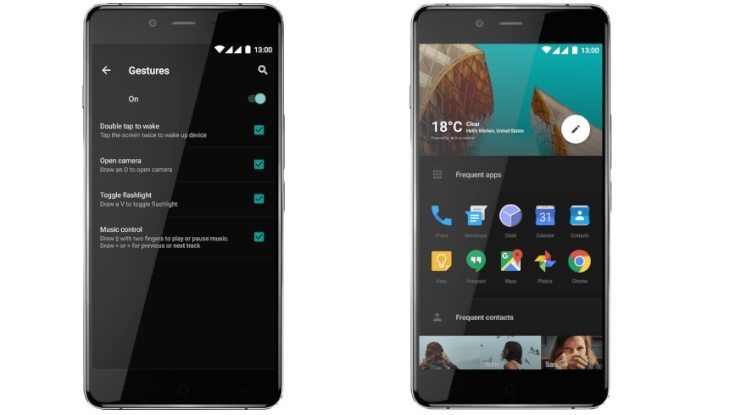 After the popular OnePlus One and OnePlus 2, the new OnePlus smartphone has now been officially revealed. The OnePlus X price has been officially announced for different world regions at its simultaneous worldwide launch, along with specs and release news. The phone will be available in two versions, the OnePlus X Onyx and also a limited edition OnePlus X Ceramic model.

We’ll begin with the specifications of the device, and the OnePlus X has a 2.3GHz Snapdragon 801 quad-core processor, Adreno 330 graphics, and a 5-inch AMOLED display with Full HD resolution of 1920 x 1080 resulting in 441 ppi. There’s 3GB of RAM, and 16GB of internal storage, expandable via microSD to 128GB. It’s a hybrid dual SIM (nano + nano) handset, meaning that the second slot is usable as a microSD slot.

Further OnePlus X specs include a 13-megapixel rear camera with ISOCELL 32M sensor, PDAF, LED flash, and 1080p video capture. It also has an 8-megapixel front-facing camera with wide-angle lens. Juice is supplied with a 2525 mAh battery and connectivity is covered with 4G LTE, WiFi 802.11 b/g/n, Bluetooth 4.0, and GPS.

The OnePlus X runs the Android 5.1.1 Lollipop-based Oxygen OS 2.1. The handset measures 140mm x 69mm x 6.9mm and has a brushed anodized metal frame. The Onyx variety with glass back weighs 138g while the Ceramic version weighs 160g. At the launch the company also announced some pricing for various markets.

We’ll begin with Europe where the release date has been set for November 5th and the OnePlus X price is â‚¬269 or Â£199 for the Onyx version. In the US the phone has a release date of November 19th with a price of $249. The price pretty much ties in with earlier leaks. For India the OnePlus X price will be Rs. 16,999 and it will be available exclusively from November 5th at Amazon.in.

Meanwhile if you want the OnePlus X Ceramic this will be sold through an invitational system in Europe and India from November 24th. The price will be â‚¬369, Â£269, or Rs. 22,999. Further world prices for both can be seen in the image above. Now that the specs and pricing have been made official we’d like to hear your first impressions of the device.

Have you already made up your mind to buy the new OnePlus smartphone? What do you think of the OnePlus X price for your region? Drop your comments in the box below.