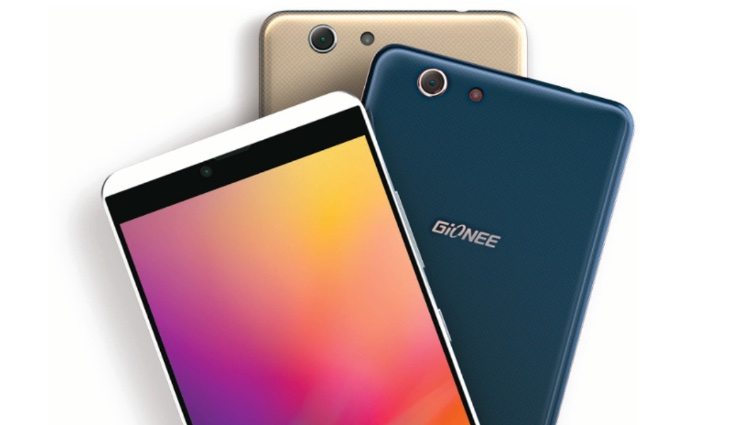 Just a few days ago we reported on impending availability on the Gionee Elife S Plus smartphone in India. Now the Gionee S Plus price is official from the India launch, and the title has dropped the ‘Elife’ part of the name. Read on for pricing and availability details as well as specs of this Gionee handset.

In our previous article about this phone we gave leaked specs and a tipped price. That information turned out to be entirely accurate, as the Gionee S Plus price in India has been confirmed at Rs. 16,999. It will be available at some point in the first week of November, so anytime now, and it comes in Dark Blue, Golden, or White colour options.

Specifications of the Gionee S Plus include a 1.3GHz MediaTek MT6753 64-bit octa-core processor, Mali-T720 graphics, and a 5.5-inch Super AMOLED display with HD resolution of 1280 x 720. The smartphone has 3GB of RAM, 16GB of internal storage (expandable via microSD), and a 3150 mAh battery featuring fast charging

“In today’s fast paced time, the consumer needs and desires are evolving and they don’t want to compromise on the looks nor the specs of the device. Hence to bridge in the gap, we have introduced the all new S Plus especially in India this Diwali to meet all the expectations that our consumers are asking for.”

Are you a prospective purchaser of this new Gionee handset? If so, what do you think of the Gionee S Plus price in India? We always appreciate hearing from our readers so why not let us know.