HTC Desire 828 price and pre-orders for some 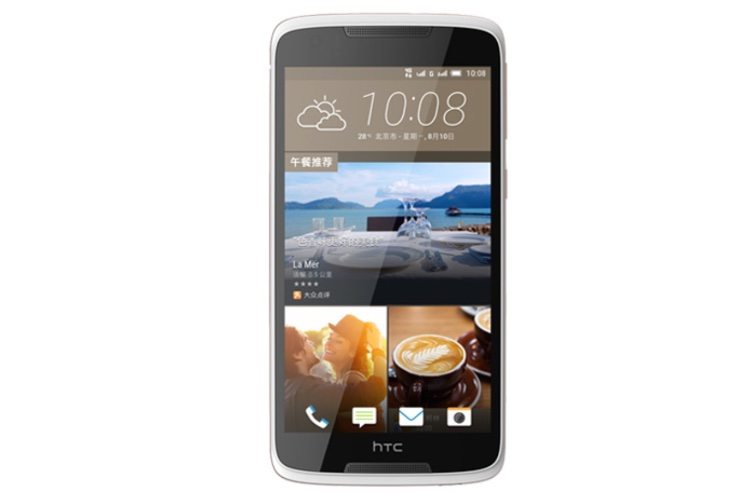 The HTC Desire 828 price and pre-orders are now available for some. Specifically the phone can now be ordered in China, and the price there could give us some indication of pricing if it releases for other markets. That’s something we hope to find out before too much longer.

The HTC Desire 828 was previously spotted in TENAA certification as the Desire 828w. It’s equipped with a MediaTek MT6753 octa-core processor and has a 5.5-inch display with Full HD resolution of 1920 x 1080. It has 2GB of RAM, and 16GB of internal storage that can be expanded up to a whopping 200GB via microSD card. The phone is juiced by a 2800 mAh battery.

The mid-range HTC Desire 828 has a 13-megapixel rear camera with LED flash, and much is being made of the fact that it’s the first Desire handset to have OIS (optical image stabilization. The dual SIM phone also has a 5-megapixel front-facing snapper with wide-angle lens, 4G LTE connectivity, and front-facing BoomSound stereo speakers. It runs the Android 5.1 Lollipop operating system with HTC’s Sense 6.0 UI.

The handset is 7.9mm thick and is available in grey or white color choices. It has a metal frame and rounded edges. The HTC Desire 828 price for China is CNY 1,599. That equates to around $252, Â£163, â‚¬229 or Rs. 16,500. These prices for other regions are merely guidelines, as we’ve already mentioned that availability for other markets has not been specified yet. Also, if it does release elsewhere pricing can vary according to individual market.

You can be sure that we’ll be keeping our noses to the ground for further news of the phone’s availability elsewhere, and of course the HTC Desire 828 price for other regions. Is the HTC Desire 828 a phone that you would be interested in if it releases where you are?