Prestigio Muze E3 gets listed with 13MP camera and Android 5.0 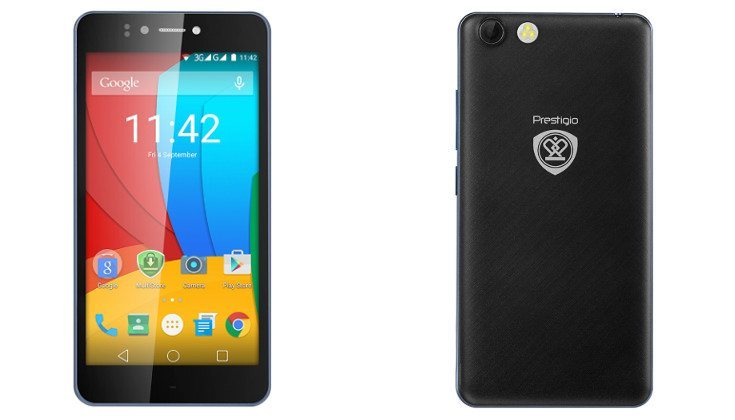 It’s been a while since we took a look at a handset from Prestigio, but a new one has just surfaced. It’s called the Prestigio Muze E3, and it’s set to be a low-end offering with a solid set of cameras.

Prestigio opted for a 5.3-inch pane on the Prestigio Muze E3 and it carries a resolution of 1,280 x 720. Beneath that glass, you’ll find a quad-core MediaTek chip clocked at 1.3GHz and backed by 1GB of RAM. Unfortunately, it doesn’t get much better under the hood as you will only have 8GB of storage to work with although it’s expandable through the usual means.

While the Prestigio Muze E3 specs aren’t all that impressive, it gets better in the camera department. The rear camera makes use of a 13MP sensor with an LED flash, while the front-facing camera is listed at a respectable 5MP. Connectivity options include Wi-Fi, Bluetooth and 3G along with the usual array of sensors. The dual-SIM handset is powered by a 2,500mAh battery and runs Android 5.0 out of the box.

Whether the Prestigio Muze E3 will be an option for you depends on how you feel about horsepower. The Prestigio Muze E3 has enough pop to get the job done, but is a bit underwhelming with 1GB of RAM and only 8GB of storage. Those cameras are its saving grace, and the price isn’t bad as the phone is expected to sell for around Rs. 7,499 which shakes out to around $113 bucks in the states.