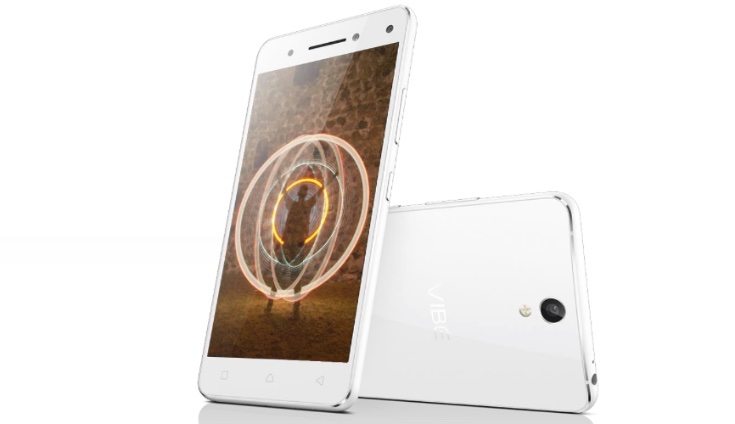 The Lenovo Vibe S1 was officially introduced at IFA 2015 in September and we told how it was heading for a November release. Today we can tell you the Lenovo Vibe S1 price from Amazon for the India launch. The smartphone will be exclusively available in the country from this online retailer.

When Lenovo announced the phone the company only gave official US pricing of $299 for the device. The Lenovo Vibe S1 price in India has now been confirmed at Rs. 15,999 and it will be available in Midnight Blue or Pearl White color options. We’ll run you through the specs of this new Lenovo phone.

It’s equipped with a 13-megapixel rear camera with BSI sensor, phase detection autofocus, and dual-tone LED flash. The phone has an 8-megapixel front-facing shooter, also with BSI sensor, plus a secondary 2-megapixel front-facing unit for advanced depth of field and improved images in low-light conditions. The Lenovo Vibe S1 is a hybrid dual SIM phone (nano + nano) meaning the second slot is available to be used for microSD.

The handset measures 143.3mm x 70.8mm x 7.8mm and it weighs in at 132g. The Lenovo Vibe S1 runs the Android 5.0 Lollipop operating system. It has a metal frame and features Gorilla Glass 3 on the front and back. You’ll find exclusive availability in India at Amazon beginning at midnight today. The dual-selfie camera set-up is aimed at attracting selfie lovers, so there’s likely to be plenty of interest in this new handset.

Have you already decided you will buy the Vibe S1? What are your thoughts on the Lenovo Vibe S1 price in India? Do let us know by sending us your comments.