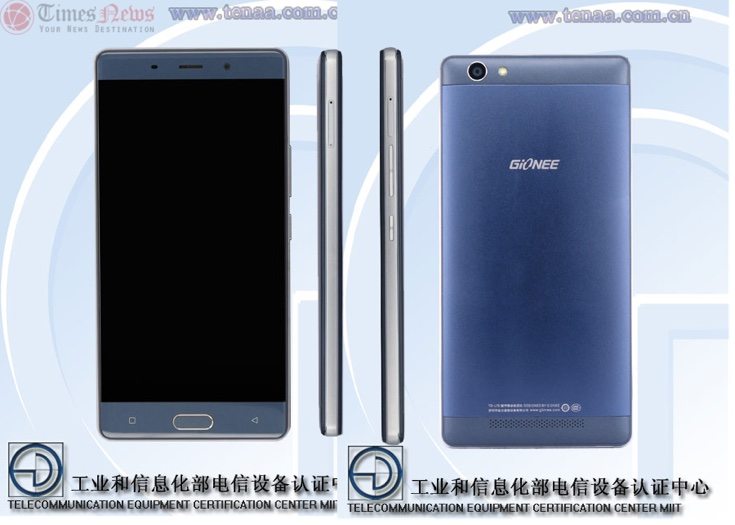 In the middle of the month we reported on three upcoming Gionee smartphone models that had all shown up in China’s regulatory 3C process. Now there has been a TENAA spot of one of those phones, the Gionee GN5002, and this reveals some specs of the device.

When the Gionee GN5002 showed up for 3C certification, the Gionee GN5001L and Gionee GN8001 also appeared there at the same time. Since then the GN8001 has shown up in China’s TENAA certification process, and now it’s the turn of the Gionee GN5002. Thankfully this gives us a better idea of what the phone will have to offer, and the filing also includes some images of the handset.

Now that the Gionee GN5002 has received TENAA approval we know that it’s a low to mid-range smartphone. Specs include a 1.3GHz quad-core processor and a 5.5-inch display with HD resolution of 1280 x 720. It has 2GB of RAM, 16GB of internal storage (expandable to 128GB with microSD card), and is currently running the Android 5.1 Lollipop operating system.

Further GN5002 specifications include an 8-megapixel camera at the rear, while on the front there’s a 5-megapixel snapper. Connectivity is catered for with 4G LTE bands such as TD-LTE, WCDMA, CDMA 2000, GSM, TD-SCDMA, and LTE FDD, as well as 3G, Bluetooth, GPS, and USB. The handset measures 155mm x 76mm x 9mm and weighs in at 200g.

The TENAA filing lists a black blue color of the phone, but as is usually the case it doesn’t specify the battery size. Certification is often one of the last stages before an official launch, so it’s plausible that the Gionee GN5002 will be unveiled soon, possibly alongside the Gionee GN8001. We’ll bring details as we hear more, so do check back with us from time to time.

Do you like what you’ve seen and heard about the Gionee GN5002 so far? Send in your comments to let us know.