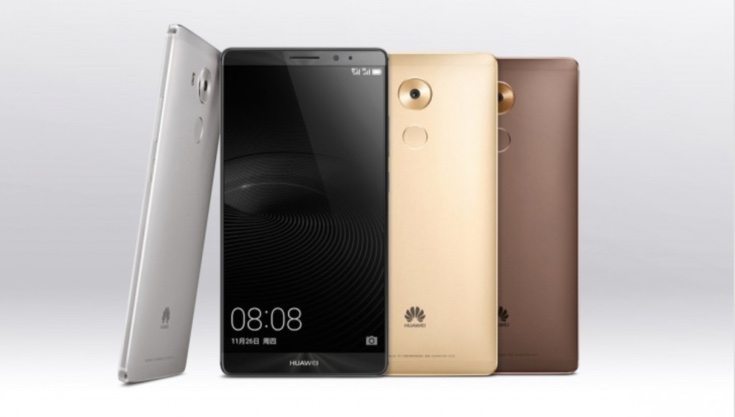 We know that plenty of readers have been waiting for the official unveiling of the Huawei Mate 8, and just as anticipated the company has now announced the new flagship smartphone. It’s already up for sale in China, and Huawei states that details of availability for other markets will be given at CES 2016 (January 6 — 9).

We’ve seen numerous leaks about the Huawei Mate 8 and much of what we expected has now been confirmed. Specs include a Kirin 950 octa-core processor (four cores at 2.3GHz and four at 1.8GHz), Mali T880MP4 graphics, and a 6-inch IPS display with Full HD resolution of 1920 x 1080. It has a 16-megapixel rear camera with Sony IMX298 sensor, phase detection autofocus, dual LED flash, and OIS, an 8-megapixel front-facing camera, and a sizeable 4000 mAh battery.

The handset has an aerospace-grade aluminum build and features 2.5D curved diamond cut glass. A fingerprint sensor is positioned on the rear of the handset, and it comes in Mocha Brown, Champagne Gold, Space Gray, or Moonlight Silver color options. It’s worth saying that previous rumors also suggested that a larger version with a 6.2-inch display and Quad HD resolution might also arrive, but this has not been announced. Of course it could be that another variant might be in the pipeline.

Are you pleased that the Huawei Mate 8 has been officially unwrapped? Maybe you’ve already decided that this will be your next smartphone purchase? Let us have your comments on this.