The Gionee S6 Lite gets certified at TENAA 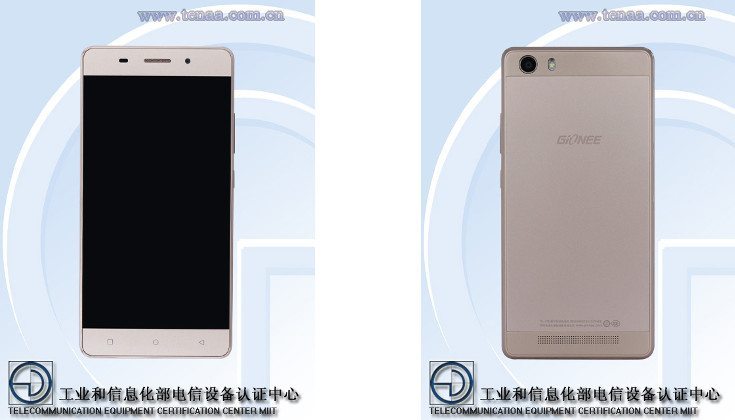 The Gionee S6 crossed our paths back in November, and it looks like the company has a variant gearing up for a release. The Gionee S6 Lite has been spotted through a new listing over at TENAA, and could offer up some value if it keeps a feature from the original.

The original Gionee S6 wasn’t quite on the flagship level of the Galaxy S6, but it was a very solid handset. While it lacked a QHD panel and fingerprint scanner, 3GB of RAM, an octa-core chip and 32GB of storage certainly didn’t hurt its case. Especially considering its price and the fact it rolled out with a Type-C USB port and 4G LTE. Well, the Gionee S6 Lite isn’t as beefy as its predecessor but should be significantly cheaper.

According to the new TENNA listing, the Gionee S6 Lite carries the model number GN5001S and it will arrive with a smaller 5-inch display with a resolution of 1,280 x 720. The device measures 143mm x 69.9mm x 6.5mm, but is listed with a weight of 185grams, which could be off. The chip powering the handset is clocked at 1.3GHz and backed by 1GB of RAM, while the storage capacity clocks in at 16GB.

The Gionee S6 Lite GN5001S will sport the full array of connectivity options including Wi-Fi, Bluetooth, GPS, and 4G LTE. The rear camera takes a dip down to 8MP from the 13MP snapper on the previous model, while the front-facing camera is listed at 5MP. The dual-SIM handset will run Android 5.1 when it rolls out, but the battery size is unknown at this time.

It remains to be seen if Gionee will pop a Type-C USB port into the Gionee S6 Lite, but it would be a solid selling point for the new handset if they do. Otherwise, the Lite version of the S6 may not turn many heads unless the price is right.

What do you think of the Gionee S6 Lite specs so far?