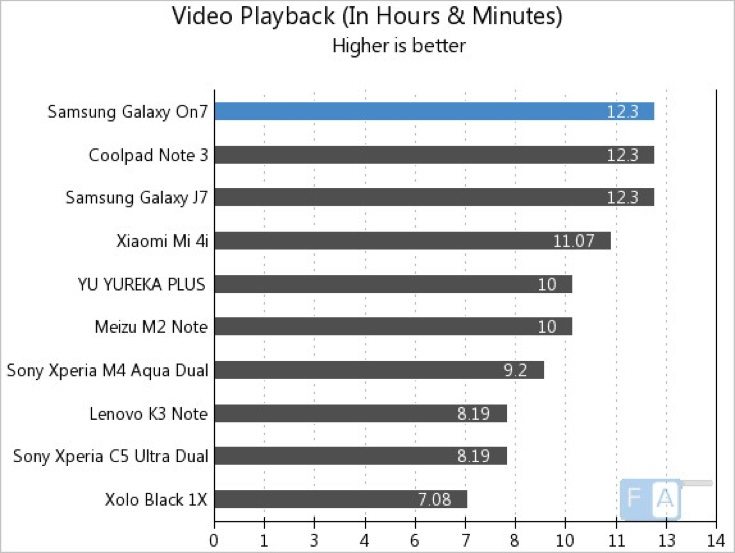 Very often when we look at battery testing the handsets involved have different sized batteries. This comparison is interesting as the Samsung Galaxy On7, Galaxy J7, and K3 Note all have 3000 mAh batteries. Other smartphones are also included in the comparison and have variously sized batteries. Just some of the others are the Meizu M2 Note, Xiaomi Mi 4i, Xolo Black X1, and Sony Xperia C5 Ultra.

The battery life testing was conducted by Fone Arena and is split into four main categories, Talk Time, 3G Browsing, WiFi Browsing, and Video Playback. After testing the results were placed on tables for an easy comparison. For Talk Time the Galaxy On7 was in third spot with a time of 25 hours and 2 minutes, with the Lenovo K3 Note just behind on 25 hours. The Meizu M2 Note and Galaxy J7 were in equal first place with 33 hours and 19 minutes. 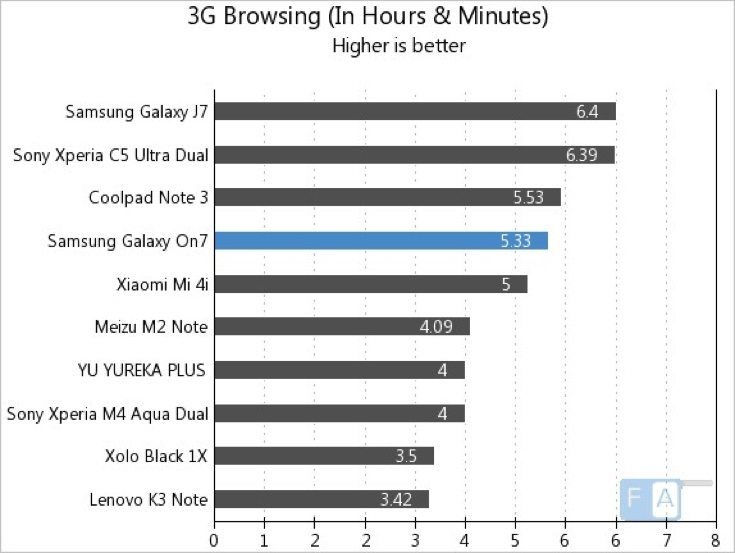 For WiFi Browsing the Samsung Galaxy On7 was at the top of the table tied with the Galaxy J7, both on 8 hours and 20 minutes. The K3 Note was in the lower half of the table again with a time of 5 hours and 33 minutes. The Yu Yureka Plus languished in bottom spot on 4 hours and 32 minutes.

We can see by these results that overall the battery life performance of the Samsung Galaxy On7 is pretty good, reassuring if you were thinking of purchasing this smartphone. For details of how the tests are conducted, the other tables, as well as Fone Arena’s One Charge rating for the Galaxy On7, please check out the source below. Some readers might also be interested in a recent look at Galaxy On7 benchmark results and gaming.

Are you satisfied by the results achieved in this Samsung Galaxy On7 battery life testing when compared with the other smartphones involved? We always appreciate your comments so do send them in.