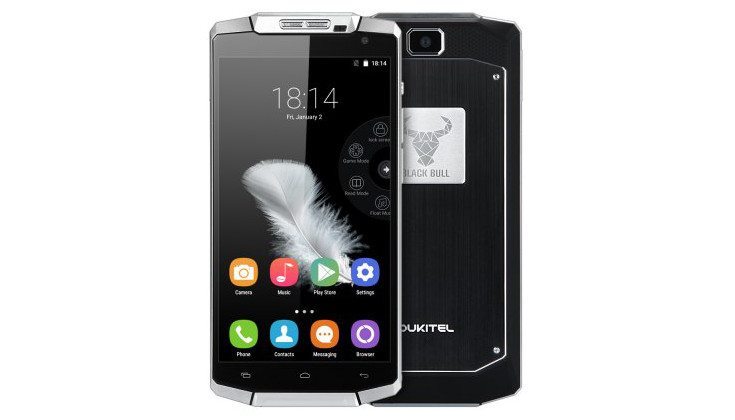 Way back in July, an interesting device from Oukitel caught our eye in the K10000. Well, it looks like the Oukitel K10000 is finally nearing a release, as pre-orders have begun online.

Oukitel isn’t a brand we’ve spent too much time on this year, but we have covered a couple of their products including our Oukitel A28 review. The Oukitel K10000 initially got our attention due to its claim of having the biggest smartphone battery on earth. At 10,000mAh, we weren’t going to dispute that, but many thought the handset wouldn’t see a release. Now that the smartphone has gone up for pre-order, we finally know the Oukitel K10000 price and specifications.

The Oukitel K10000 has a unique look and doesn’t conform to the svelte design language and curved edges we’ve seen on most handsets this year. It will certainly get some attention when you pull it out of your pocket, but it will be a mini brick thanks to the huge 10,000mAh battery. As for the rest of the Oukitel K10000 specs, they are pretty sweet considering the price.

That huge battery is going to power a 5.5-inch 720p display, and underneath the glass you’ll find a 64-bit MediaTek MTK6735 along with 2GB of RAM. The storage capacity is listed at 16GB, but expandable through the handsets Dual-SIM tray setup. An 8MP rear camera, 2MP front-facing camera, 4G LTE, and Android 5.1 round things out for the Oukitel K10000.

The Pre-sale period for the Oukitel K10000 started last week at Gearbest and runs through January 2nd, so we assume the smartphone will arrive around that time or soon after. The Pre-sale price is currently listed at $239, but drops to $199 through the coupon code, K10000.

Are you interested in the Oukitel K10000 and its massive battery?