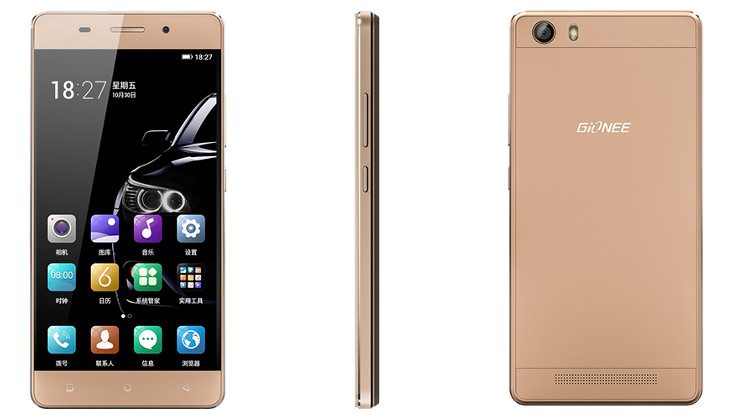 We’ve touched on the Gionee Marathon M5 several times since it was released, and there’s even a variant on the way with an upcoming Pro model. The Gionee Marathon M5 Lite is a lower-spec’d version of the original, and it has just shown up in China with a large power pack.

The Gionee Marathon M5 Lite measures 143mm x 69.9mm x 8.5mm and has a weight of 182grams. It sports the same 1,280 x 720p resolution as the regular model, but in a smaller 5-inch form factor. The horsepower comes from a 64-bit quad-core chip clocked at 1.3GHz and backed by 1GB of RAM. You’ll get 16GB of internal storage to work with, and it’s expandable through the usual means.

The original model of the Gionee Marathon M5 had a 13MP/5MP camera combo whereas the light version’s rear snapper dips down to an 8MP sensor. The front-facing camera appears to stay the same at 5MP as do the connectivity options with Bluetooth, Wi-Fi, 4G LTE, and Dual SIM. The Gionee Marathon M5 Lite still has a large battery that clocks in at 4,000mAh and will run Android 5.1 out of the box.

While it’s nice to see a lower-priced alternative to the regular or Pro model of the Gionee Marathon M5, we’re still not sure how much this metal-clad beauty will cost when it hits other regions. At the moment, it carries a price tag of CNY 999 which equates to â‚¬140/$154.

Would you like to see the Gionee Marathon M5 Lite come to your region?