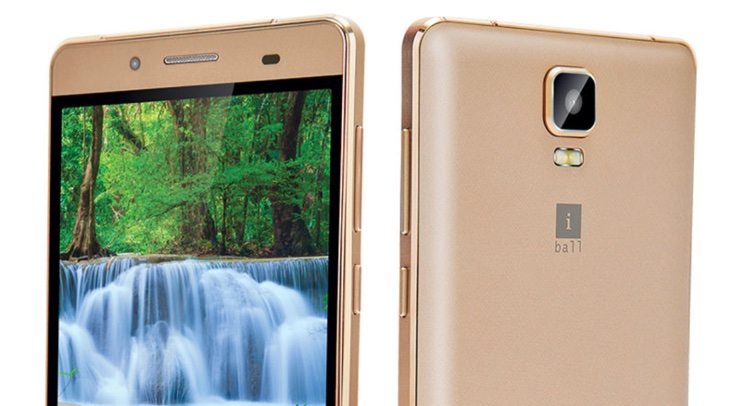 A new iBall smartphone is being introduced to the already packed budget-end of the market in India. The iBall Andi 5.5H Weber doesn’t exactly have a catchy name, but it may attract some interest because of its affordable pricing. We have information on the specs, price and more coming right up.

News on this new iBall Andi smartphone comes from Mahesh Telecom on Facebook, and it appears that the iBall Andi 5.5H Weber is already up for grabs at offline stores. Specifications of the device include a 1.3GHz quad-core processor, a 5-inch IPS display with HD resolution of 1280 x 720, 1GB of RAM, and 8GB of internal storage (expandable via microSD).

Further 5.5H Weber specs include a main 5-megapixel (Interpolated to 8-megapixel) unit at the rear featuring LED flash, a 2-megapixel front-facing snapper, and a 2200 mAh battery. It’s a dual SIM handset with connectivity options that include 3G HSPA+, WiFi 802.11 b/g/n, Bluetooth, and GPS, and the phone also has FM radio and a 3.5mm audio jack.

The iBall Andi 5.5H Weber runs the Android 5.1 Lollipop operating system and has support for 21 Indian languages. The MRP price is cited as Rs. 7,599 but the retailer says in-store availability will be at Rs. 6,299 (MOP). It’s offered in golden or white color choices. Readers might also be interested in the Spice Proton 5 that we reported on earlier today that also has a low price (Rs. 5,999) but includes a 13-megapixel rear camera.

Despite its affordable pricing this new iBall smartphone has some nice styling. Could you be tempted to purchase the iBall Andi 5.5H Weber, considering the many other low-cost choices already available? We’re always interested to hear from our readers so do let us know.