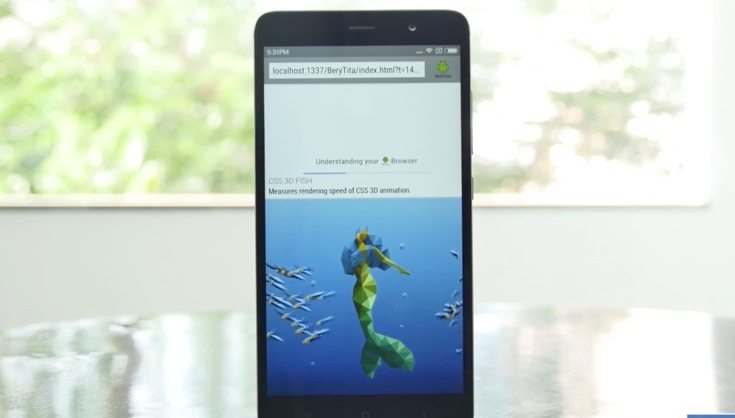 The Xiaomi Redmi Note 3 was recently unveiled and although it launched in China it’s likely to become available in other markets. If you want an idea of the performance aspect of this smartphone you might want to check out Redmi Note 3 benchmarks and the results compared with some other popular handsets.

You can see full specs and more in our launch article on the phone, but we’ll refresh you on the main specs as far as performance is concerned. The Redmi Note 3 packs a 2GHz MediaTek Helio X10 octa-core processor and PowerVR G6200 graphics. It comes in two variants, 2GB of RAM or 3GB of RAM, with 16GB or 32GB of internal storage respectively. The phone runs the Android 5.1 Lollipop operating system.

Beneath this post we’ve positioned a video from Fone Arena that has put the Redmi Note 3 through its paces in different benchmark tests. The 3GB of RAM version was used for this benchmarking and the tests involved are Vellamo 3.1, Geekbench 3.0, GFXBench, Basemark X 1.1, 3D Mark Ice Storm Unlimited, and Basemark OS II.

The video shows all of this benchmarking being performed on the Xiaomi Redmi Note 3. After each test is conducted the score attained by the phone is shown. Following this you’ll see a table that compares the results with those achieved by several other popular smartphones. Just a few of these are the Samsung Galaxy Note 5, OnePlus 2, Moto X Style, Google Nexus 5X from LG, and Sony Xperia Z5 (phones vary by test).

You may be disappointed when you see the position of the Redmi Note 3 benchmark results on most of the comparison tables. However, do bear in mind that the majority of the other phones that it’s compared with are considerably more expensive than the new Xiaomi phone.

When you’ve watched the benchmark review below we’d appreciate your comments. Are you satisfied or not by the scores managed by the Xiaomi Redmi Note 3 in this testing?