Videocon Z55 Krypton steps up the camera and price 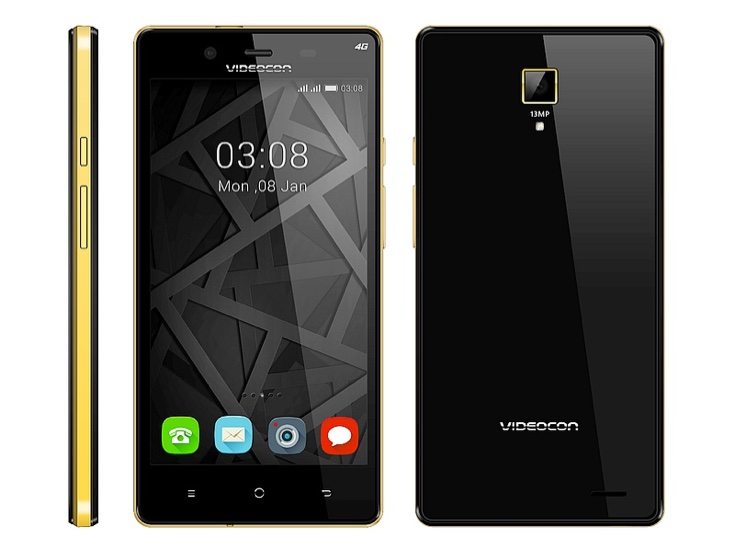 Previously we’ve seen launches of the Videocon Z55 Dash and Z55 Delite in India, and now it’s the turn of the Videocon Z55 Krypton. This latest smartphone from Videcon Mobile has just been made official and has many specs akin to the other variants but an improved camera set-up. We have details on the price, specifications and more coming right up.

Other specs of the Z55 Krypton are a 1.3GHz quad-core processor (the Dash and Delite have a 1.4GHz oct-core processor), and a 5-inch IPS display with HD resolution of 1280 x 720 featuring Dragontrail X Glass for protection. It has 1GB of RAM, 8GB of internal storage (expandable to 32GB via microSD). The dual SIM handset has a 2200 mAh battery and connectivity is catered for with 4G LTE, WiFi, Bluetooth 4.0, GPS, and microUSB.

The phone runs the Android 5.1 Lollipop OS and features a proximity sensor, ambient light sensor, and accelerometer. An interesting feature is the pre-loaded V-Safe app that can be used to contact family and friends in an emergency. Buyers of the Z55 Krypton will also receive a free subscription to the V-Secure antivirus app for 90 days. This handset comes in Black with Gold or White with Silver color choices.

At the launch of the phone, Videocon Mobile CEO, Jerold Pereira, said,

“The newly launched Z55 Krypton is a best value smart device for emerging youth consumers who want to upgrade to a more fast and powerful smartphone with 4G connectivity, extended memory and brilliant camera capabilities. Videocon Mobile Phones is a consumer-centric brand and we will continue to bring the latest software innovation in Indian market at cost-effective pricing.”

Are you a potential buyer of the Videocon Z55 Krypton? What would make you purchase this smartphone as opposed to the many other handsets on the market in this price sector? Do let us know with your comments.