Huawei KIW-AL20 gets listed with an Octa-Core processor 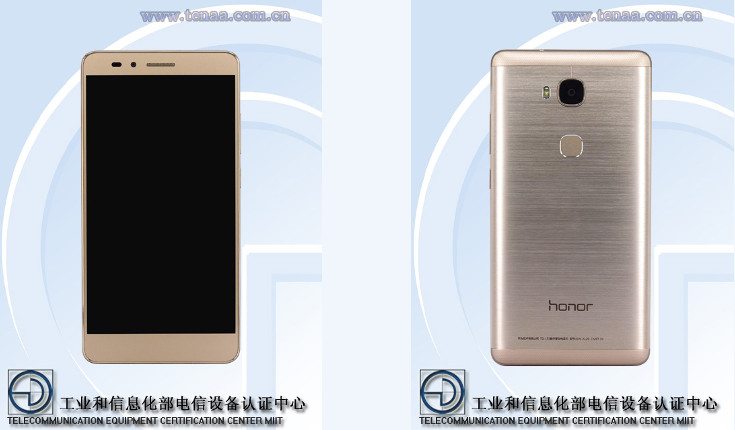 A few days ago we told you about a new smartphone from Xiaomi that had just cleared a regulatory hurdle in China. Now it’s Huawei’s turn at the plate as the Huawei KIW-AL20 has just rolled through TENAA certification.

Another day, another smartphone has passed through TENAA in China. The regulatory body stays busy, and the Huawei KIW-AL20 is the latest handset to pass through its gates in the region. It looks to be a metal-clad handset with the “Honor” branding, and the specs show it’s going to be a classy mid-ranger that shouldn’t break the bank.

The TENAA listing for the Huawei KIW-AL20 shows a sleek smartphone that measures 151.3mm x 76.3mm x 8.15mm and has a weight of 158grams. The display is listed at 5.5-inches with a resolution of 1,920 x 1,080 and is powered by an octa-core chip clocked at 1.5GHz. The internal storage is listed at 32GB and you’ll get 3GB of RAM to boot. Other features to note include a 13MP rear camera, 5MP front-facing camera, fingerprint scanner, and Android 5.1.1.

As you’d expect, we have no idea when the Huawei KIW-AL20 will hit the streets or what regions it will be available in after it launches. With the Honor branding, we expect a wide release and given the specifications, it could be a handset to watch if the price is right. The Huawei KIW-AL20 will be available in Gold, Grey and Silver when it arrives.