Samsung Galaxy A9 price leak reveals the cost in China 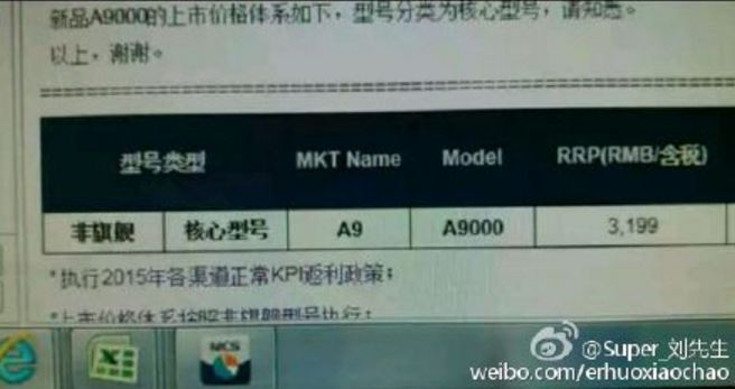 Samsung made the Galaxy A9 official last week while giving us a look at their next big thing right before the holidays. The Samsung Galaxy A9 price was still up in the air, but it may have been revealed for one region through a new leak.

The Samsung Galaxy A9 price is listed at 3,199 CNY, which comes out to around $493/â‚¬451 or Rs. 32,736 if you reside in India. While that may not stick, it’s a nice price considering you’re getting a giant 6-inch FHD panel and plenty of pop with the Snapdragon 652 and 3GB of RAM. Throw in a 13MP rear camera, 5MP front-facing camera, fingerprint scanner and large 4,000mAh battery, and you’ve just met the Samsung Galaxy A9.

What do you think of the Samsung Galaxy A9 price compared to its specifications?