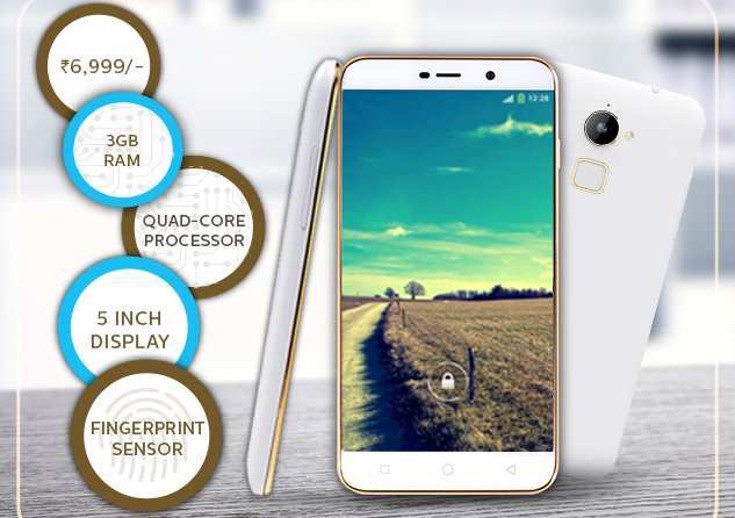 In the market for an inexpensive smartphone with some pop in India? If so, Coolpad may have just the thing for you with the Coolpad Note 3 Lite which has just been announced at Rs. 6,999 for the region.

We haven’t seen hide nor hair of anything new from Coolpad since the calendar flipped, with the last handset being the Coolpad Note 3 Black Edition which made its debut through Amazon.in. That’s the same route the Coolpad Note 3 Lite is going to take, and you won’t want to let that “Lite” moniker fool you…

Coolpad isn’t known for their flagship specs, but they have upped the ante with their Coolpad Note 3 lineup, including the new Coolpad Note 3 Lite. The handset will arrive with a 5-inch 720p IPS display and beneath the glass, you’ll find a 1.3GHz quad-core chip, 3GB of RAM, and 16GB of internal storage. You can kick that storage up a notch through a microSD card slot as well, so you won’t have to turn to the cloud right away.

The rear camera on the Coolpad Note 3 Lite is listed as a 13MP sensor with an LED flash while the front-facing snapper clocks in at 5MP. Connectivity options include a fingerprint scanner, Wi-Fi, Bluetooth 4.0 A-GPS, 4G LTE, and Dual SIM. A reasonably sized 2,500mAh battery will help to keep the lights on, and the OS is listed as Android 5.1.

Registrations for the Coolpad Note 3 Lite have already opened up on Amazon.in with a release date set for January 28… through a series of flash sales. The handset is priced at Rs. 6,999 and will be available in White if you’re looking to pick one up.