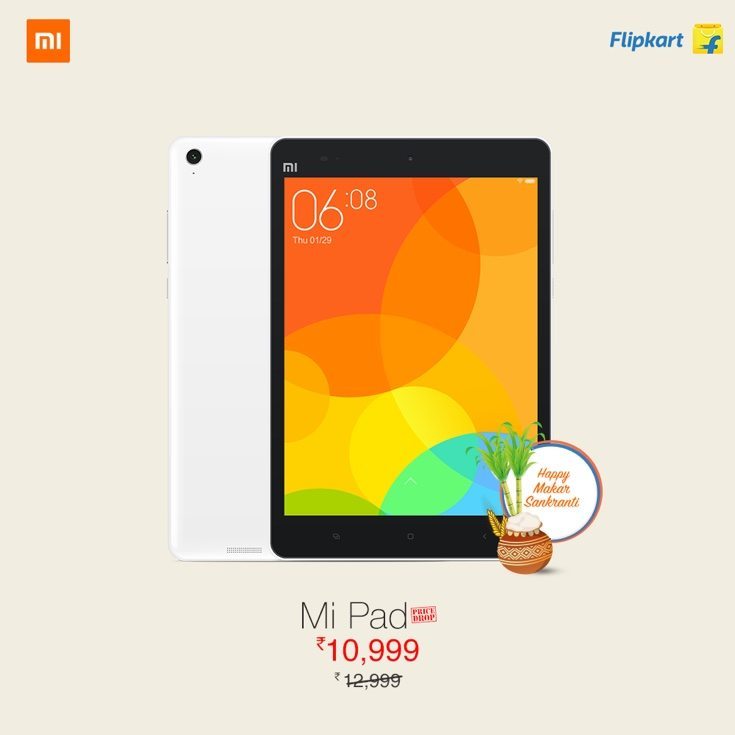 It’s always good to be able to give readers news of device price slashes, and today’s news might interest readers in India looking for an affordable tablet. There’s a Xiaomi Mi Pad price cut for India, and this is for the original version of the tablet that launched in the country in March last year.

It’s worth noting that the tablet was previously sold in December for one day only at Rs. 9,999, but Rs. 10,999 is its new permanent price. Another thing to point out is that the Xiaomi Mi Pad 2 was officially introduced in November last year. Therefore it could be that this new lower price for the original Mi Pad in India is because the Mi Pad 2 will be launching in the country soon.

Xiaomi Mi Pad specs include a 2.2GHz Nvidia Tegra K1 quad-core processor, Kepler graphics, and a 7.9-inch display with resolution of 2048 x 1536. It has 2GB of RAM, 16GB of internal memory (expandable with microSD card), and is juiced by a 6700 mAh battery. Further specifications consist of an 8-megapixel rear camera with 1080p video capture, and a 5-megapixel front-facing shooter. It runs Xiaomi’s Android-based MIUI ROM.

Are you intending to take advantage of this new Xiaomi Mi Pad price cut? Maybe you’re more interested in the Xiaomi Mi Pad 2 and hope this means that the newer tablet will be launching in India very soon? Do let us know with your comments.