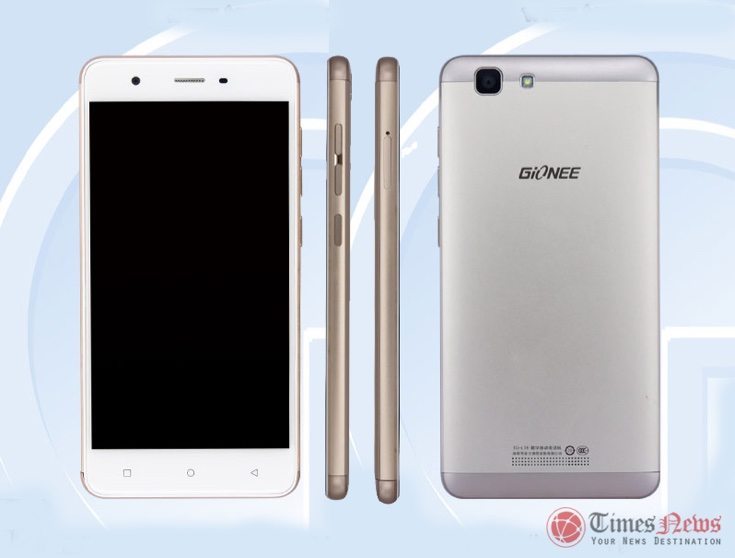 We often see the first indicators about new smartphones when they appear for certification purposes, and Chinese regulatory authority TENNA is one of these sources. This Gionee F105L certification reveals some low-end specs, but a nice 3GB of RAM. The sighting also shows some images of the device as shown here.

Earlier this month we saw another handset from Gionee appear in benchmarking as the Gionee W909. This looks to be a high-end smartphone while the newly spotted Gionee F105L is set to be a more affordable device. Fortunately the TENAA listing gives us a whole range of specifications for the upcoming smartphone.

Gionee F105L specs include a 1.3GHz quad-core processor, 5-inch IPS display with HD resolution (1280 x 720), and a sizeable 3GB of RAM. However, given the amount of RAM it’s a little surprising that the other specs are pretty low-grade, such as the 16GB of internal storage that is not expandable with microSD.

More specs for the F105L are an 8-megapixel rear camera and a 5-megapixel front-facing snapper, while a 2400 mAh battery keeps it running. The phone supports 4G LTE, 3G, and 2G, and the usual connectivity options including Bluetooth, GPS, and USB. It will be running the Android 5.1 Lollipop operating system at launch. The Gionee F105L measures 144mm x 71.3mm x 8.1mm and weighs 155g, and it will be offered in gold or white colors.

It’s worth pointing out that this phone has not been officially announced by Gionee yet, so these specs remain unconfirmed. Very often once we see a device receive certification we often see an official launch soon after, so we’ll be keeping our eyes peeled for this. It’s possible that this phone and others from Gionee will be revealed at MWC 2016 late next month, although we could hear something before then.

Are you a fan of Gionee smartphones? Maybe you’ll be keeping an eye out for the Gionee F105L?