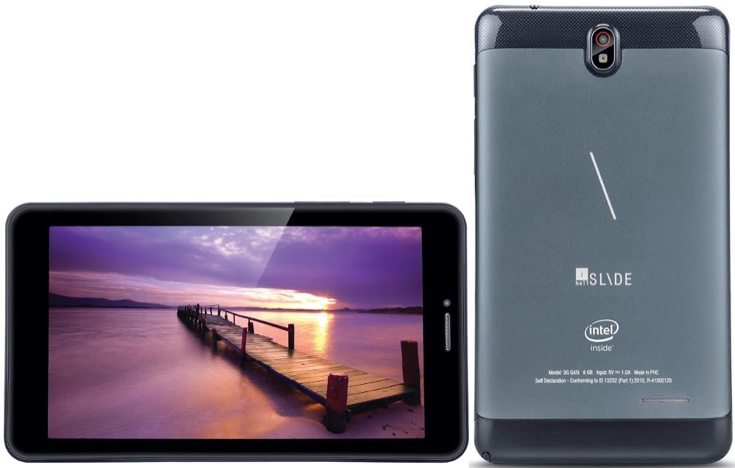 iBall is a manufacturer that produces a steady stream of affordable devices for the Indian market. Now there will be further choice as another in the Slide 3G series has launched. We have news on the iBall Slide 3G Q45i budget tablet with voice calling, so if you’re thinking of buying a new tablet read on for specifications and that all-important price.

iBall Slide 3G Q45i specs include a 1GHz Intel Atom x3 64-bit quad-core processor, and a 7-inch IPS display with resolution of 1024 x 600. It has 1GB of RAM, and 8GB of internal storage that can be expanded with a microSD card to 32GB. Further specs of the device are a 5-megapixel rear camera with LED flash, a VGA front-facing snapper, and a 4000 mAh battery.

Connectivity options include 3G via SIM card slot with voice calling, WiFi 802.11n, Bluetooth 4.0, GPS, and USB OTG. The iBall Slide 3G Q45i is a dual SIM tablet and it runs the Android 5.1 Lollipop operating system. This device supports Cast Screen Technology capabilities, so users can mirror what’s showing on the tablet display to a TV or monitor. The iBall Slide 3G Q45i is sold in a Blue color and has a price tag of just Rs. 5,999. A benefit of the tablet is that it includes support for 21 regional languages.

Readers may also be interested in the iBall Slide 3G Z81 tablet that launched earlier this month with a price of Rs. 7,999. By comparison it has a larger 8-inch display, and better front-facing camera, and you can see more about it in our Slide 3G Z81 launch post.

Are you looking for a new tablet with a budget price? Do you think the new iBall Slide 3G Q45i could be it? Let us know with your comments as we always appreciate hearing from our readers.