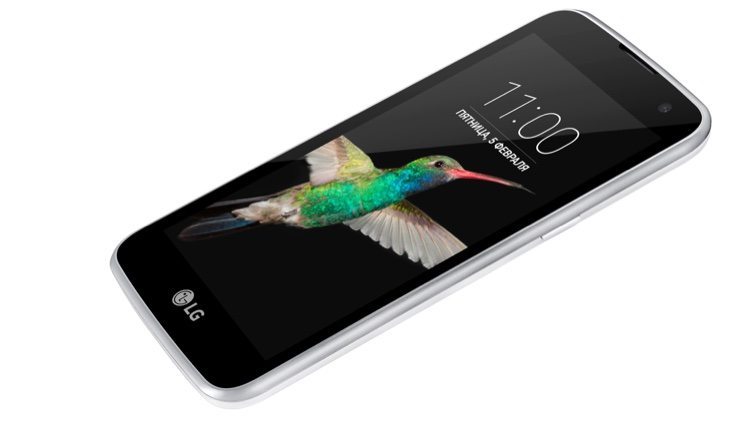 LG unveiled its LG K7 and K10 smartphones at CES 2016 in early January. Soon afterwards an official video revealed that there would also be an LG K4 and following this there was also news of others in the pipeline, a K8 and K5. Now we have some details of the LG K4 specifications following a listing on an official LG website.

The new LG K series phones are low to mid-range affordable handsets aimed at offering decent camera capabilities. The LG K7 and K10 have already been officially announced and you can see their specifications in our earlier article. The LG K10 and K7 have 5.3-inch and 5-inch screens respectively, and the LG Russia website has now disclosed the specs of the smaller K4.

The entry-level LG K4 is listed with a 1GHz MediaTek MT6735M 64-bit quad-core processor and has a 4.5-inch IPS display with resolution of 854 x 480. It has 1GB of RAM, and 8GB of internal storage (expandable to 32GB via microSD). Further specs include a 5-megapixel rear camera with LED flash and a 2-megapixel front-facing camera, while the juice is supplied by a 1940 mAh battery.

The LG K4 is a dual SIM handset that also has 4G LTE connectivity. It will be running the Android 5.1.1 Lollipop operating system on arrival. The phone weighs 120g and measures 131.9mm x 66.7mm x 8.9mm. The LG K10 and K7 are set for global markets and we can anticipate the same for the LG K4. Given the specs you can expect a budget price tag.

What are your thoughts on LG’s new K Series smartphones? Would you be interested in the low-end LG K4, and if so, what price are you willing to pay for it? Why not let us know with a comment using the box provided below.