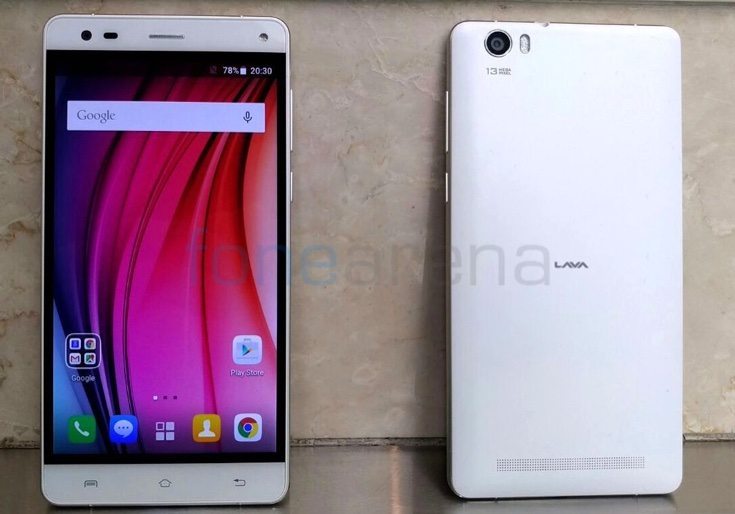 Lava produces a steady flow of devices to the smartphone market in India and another has just been introduced. We have information on specifications and the Lava V5 price at launch. It’s a 4G LTE and 3GB of RAM phone that will be sold through online and offline outlets across India.

We’ll start with pricing and the Lava V5 price has been announced as Rs. 11,499. This handset is offered in a white color only. The Lava V5 is powered by a 1.3GHz MediaTek MT6735 64-bit quad-core processor with Mali-T720 graphics. It carries a 5.5-inch IPS display with HD resolution of 1280 x 720, with the display protected by Corning Gorilla Glass 3.

Further Lava V5 specs include 3GB of RAM, 16GB of internal storage (expandable with microSD card to 32GB), and a 3000 mAh battery. Connectivity options are covered by 4G LTE, 3G HSPA+, WiFi 802.11 b/g/n, Bluetooth 4.0, and GPS. It runs the Android 5.1.1 Lollipop operating system with plans to upgrade to Android 6.0 Marshmallow at some point.

If you check out the image here you’ll see that the Lava V5 is a nice enough looking handset for the money. Some readers might also be interested in another new Lava smartphone that we informed readers about last week. The Lava P7 has a cheaper price at just Rs. 5,499 and also has 4G LTE connectivity. Other specs are less impressive but it might be a good budget alternative.

What are your first impressions of the new V5 smartphone from Lava? Do you think the Lava V5 price sounds reasonable for what it offers?