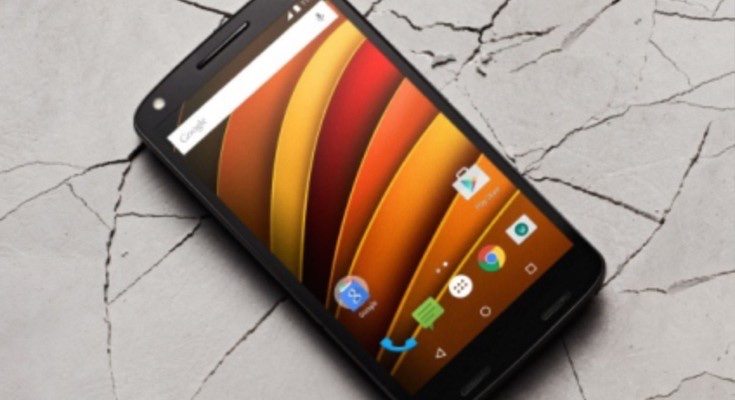 The Motorola Droid Turbo 2 caused quite a stir when it released for Verizon US, and one of its highlights was a shatterproof display. The smartphone was rebranded as the Motorola Moto X Force for other markets, and earlier this month we started seeing teasers about the launch of the device in India. Now the big day has arrived and we have news of the Moto X Force price and availability in India.

The Moto X Force comes in internal storage models of 32GB and 64GB, and both can be expanded via microSD to 200GB. Both options are going on sale in India beginning on February 8, and the phone will be available from Amazon.in, Flipkart, Croma, and Spice Hotspot. The Moto X Force price for the 32GB model is Rs. 49,999 while the 64GB model is Rs. 53,999.

Moto ShatterShield offers a shatterproof display, a world first for a smartphone. At the launch today Motorola announced a 4-year guarantee for the display against cracking or shattering. It’s a high-end handset with a water repellent coating and plenty of decent specs. These include a 2GHz Snapdragon 810 octa-core processor, Adreno 430 graphics, and 3GB LPDDR4 RAM. The phone has a 5.4-inch AMOLED display with Quad HD resolution of 2560 x 1440 resulting in 540 ppi.

More specs include a 21-megapixel rear shooter with dual-tone LED flash, and 4K video capture, as well as a 5-megapixel front-facing camera with 87-degree wide-angle lens that also has LED flash. Connectivity is catered for with 4G LTE, 3G, WiFi 802.11 a/b/g/n/ac, Bluetooth 4.1 LE, GPS, and NFC. It has a 3760 mAh battery with the bonus of PMA and Qi wireless charging, and Turbo charge feature.

The hybrid dual SIM (nano + nano/microSD) phone runs the Android 5.1.1 Lollipop OS that will be upgradable to Android 6.0 Marshmallow. The handset measures 149.8mm x 78mm x 9.2mm (at its thickest point) and weighs 169g. Have you been itching for this Motorola smartphone to go on sale in India? What do you think of the Moto X Force price? Let us know with your comments.