Gionee S6 launches with 4G and 3GB of RAM 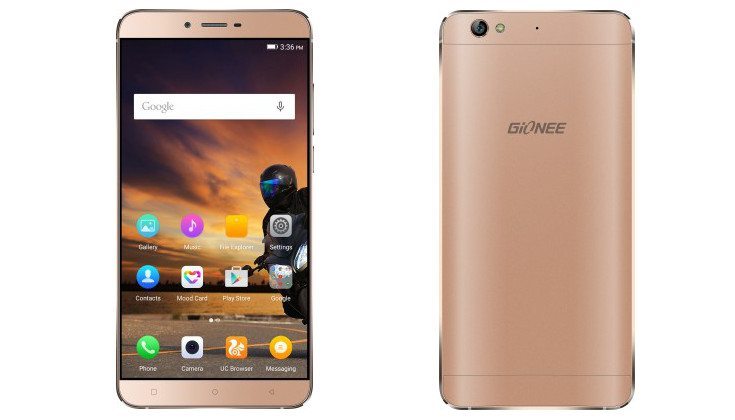 If you reside in India, you have a wealth of options to choose from when it comes to smartphones. Well, you can add one more to the list with the Gionee S6, which has just been launched in the country.

The Gionee S6 was officially unveiled by the company back in November of last year, and we knew it was only a matter of time before it landed in India. That day has arrived courtesy of Flipkart, where the smartphone is listed in stock in three different hues and a price tag of Rs. 19,999.

Gionee has put out a wide array of handsets, and the Gionee S6 is one of their speedier models with a 1.3GHz octa-core MediaTek MT6753 and 3GB of RAM. The internal storage is listed at 32GB but expandable, and you’ll have plenty of panel to work with thanks to a 5.5-inch 1,280 x 720p display. Other features include a 13MP rear camera, 5MP front-facing camera, 4G LTE, and a 3,150mAh battery. The Dual SIM device will run Android 5.1 straight out of the box.

With a price tag of Rs. 19,999, the Gionee S6 is about what we’d expect from a phone in its class aside from the 720p display. If you can do without the extra pixels, you can pick one up from Flipkart in Gold, Silver or Rose Gold.