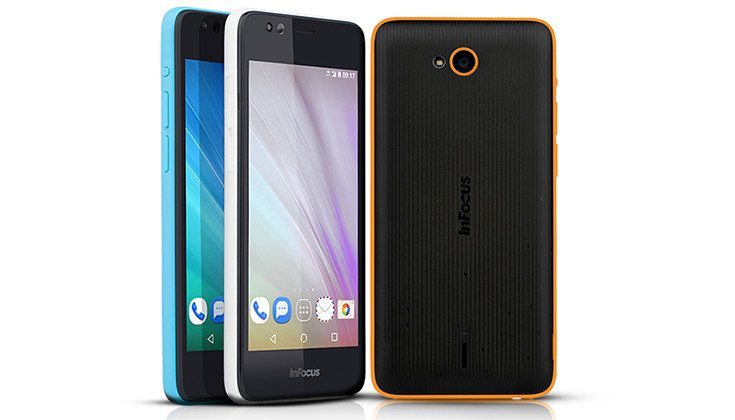 Yesterday, we told you about an incoming smartphone from InFocus with some powerful specifications. Now we are going to flip the script with the InFocus Bingo 21, which has been announced for India with a price tag of Rs. 5,499.

We have seen plenty of oddly named smartphones over the years, and you can add one more to that list with the InFocus Bingo 21. We’re pretty sure the handset has nothing to do with the game known as Bingo, but it will be available in a variety of colors if you’re willing to go through Snapdeal to pick one up. Yup, it’s another exclusive for the region but this one is worth a look…

The colorful Bingo’s have a 4.5-inch display with a resolution of 850 x 480 and are powered by a 1.5GHz quad-core Spreadtrum chip. That chip gets some help from 2GB of RAM, and while the storage is meager at 8GB, it is expandable through a microSD card slot. As for the cameras, you’ll find an 8MP sensor with an LED flash on the backside while the front-facing camera is 5MP and has an LED flash as well.

You may be getting a small smartphone with the InFocus Bingo 21, but it is not going to be svelte with measurements of 136.8mm x 67mm x 10.82mm. A large array of connectivity options are included, so you’ll get Wi-Fi, Bluetooth 4.0, GPS, and 4G LTE. The Dual SIM handset will sip its power from a 2,300mAh battery and is listed as running Android 5.1 straight out of the box.

If you’re interested in the InFocus Bingo 21, it’s set to go on sale February 11th through Snapdeal. Preorders have already kicked off on their official site, and it will be available for Rs. 5,499 in Blue, White or Orange.