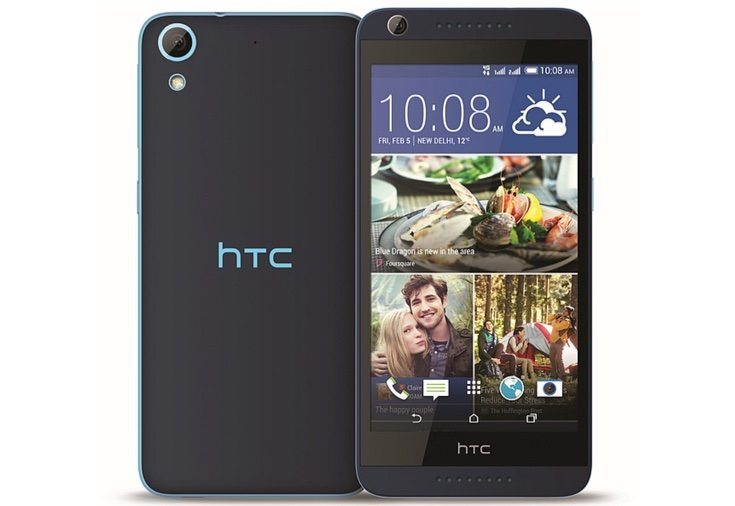 The HTC Desire 626 is a smartphone that released back in summer last year, and it was tipped that it would also become available in a dual SIM version at some point. If you have been waiting for this mid-range smartphone you might be pleased to hear that the HTC Desire 626 Dual SIM has now launched in India and has some specs improvements over the single SIM variety. The phone will be available across India at some point in the next few weeks.

Whereas the Desire 626 single SIM version released with a Snapdragon quad-core processor, the HTC Desire 626 Dual SIM release for India packs a 1.7GHz MediaTek MT6752 octa-core processor instead. This comes with Mali T760 graphics, and 2GB of RAM, another improvement over the existing version of the phone. The dual SIM version has 16GB of internal storage (expandable via microSD), and a 5-inch IPS display with HD resolution of 1280 x 720.

The HTC Desire 626 Dual SIM runs Android (probably 5.1.1 Lollipop although unspecified) with HTC’s Sense UI, and features dual front-facing stereo speakers. The handset measure 146.9mm x 70.9mm x 8.19mm and it weighs 135g. Color choices are Blue Lagoon and White Birch. Now we get to the all-important pricing, and the price of the Desire 626 Dual SIM is Rs. 14,990.

We’d like to know if you have set your sights on the HTC Desire 626 Dual SIM? What do you think of the price of this smartphone for the Indian market?