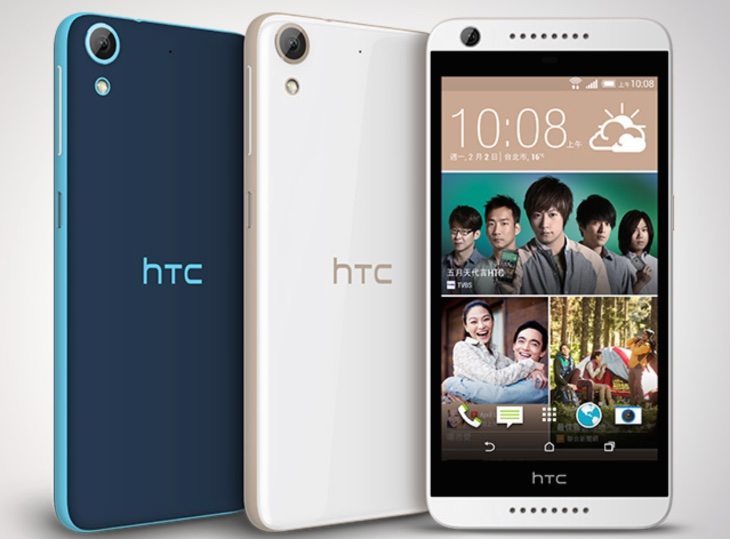 There have been leaks about the HTC Desire 626 over the last few weeks and the phone has now been made official. This smartphone has just launched for Taiwan so the specs are finally confirmed. Also the HTC Desire 626 release there gives us a price indicator for elsewhere.

When we first heard about the Desire 626 it looked as though it was heading for an unveiling at MWC next month, so it has actually arrived a little earlier than we expected. Last week we also saw evidence of the phone in certification, always a good sign that a release might not be too far away. Although so far the phone is only available in Taiwan we hope to hear more soon about availability elsewhere.

Official specs of this phone include a 1.2GHz Snapdragon 410 quad-core processor, a 5-inch display with resolution of 1280 x 720, 1GB of RAM, and 16GB of internal storage, expandable via microSD. It has a 13-megapixel rear camera with 1080p video capture and a 5-megapixel front-facing unit, also with 1080p video. There’s also a non-removable 2000 mAh battery offering around 760 hours of standby and up to 30 hours or talk time on 3G, and the Desire 626 also supports LTE connectivity.

The phone comes in dark blue or white color options and is now up for grabs in Taiwan with a price of NT$5990. That’s approximately $190, Â£125 or Rs. 11,800. This won’t necessarily equate with exact pricing for the Desire 626 in other regions as prices vary according to market, but it does give us a general idea.

If the HTC Desire 626 releases in your region does it sound like a smartphone that you might buy? Let us have your comments on this new HTC handset.