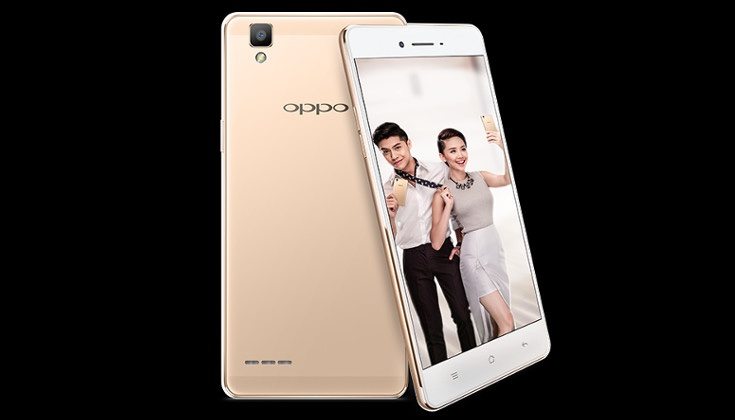 The Oppo F1 is a recently released camera-centric smartphone. It’s already available in some markets and has also just launched in India. It’s aimed at those who enjoy smartphone photography, and if you’re thinking of purchasing it you might also be interested in performance indicators. Hence today we’re checking out Oppo F1 benchmarks and the results compared with several other smartphones.

Key specs of the Oppo F1 include a Snapdragon 616 octa-core processor, Adreno 405 graphics, and 3GB of RAM. You can see more on the specs and features of the device in our previous launch article. Given its specs we would expect pretty decent scores in benchmark testing, and Fone Arena has put the Oppo F1 through its paces in this respect.

Beneath this article you can view an Oppo F1 benchmarks video that shows various benchmark tests being conducted. The tests involved are AnTuTu 5, Vellamo 3.1, Geekbench 3.0, GFXBench, Basemark X, 3D Mark Ice Storm Unlimited, and Basemark OS II. After each session of testing you’ll see the results attained by the Oppo F1 followed by a comparison table showing the scores compared against some other handsets.

Just a few of the other smartphones used for the comparison tables are the Lenovo K3 Note and K4 Note, HTC One A9, Lenovo Vibe S1, Xiaomi Mi 4i, Meizu M2 Note, Samsung Galaxy J7, and Yu Yureka (phones sometimes vary by table). You’ll see that on each occasion the benchmark scores of the Oppo F1 place it in the upper half of the table. In a couple of the tests the Oppo F1 reaches top spot although we won’t give away which ones as it might ruin the suspense when you watch the video below.

It’s worth pointing out that at the recent Indian launch of the Oppo F1 the company also teased an upcoming Oppo F1 Plus. When you’ve taken a look at the Oppo F1 benchmarks and how the scores compare with several other smartphones, we’d like to hear from you. Are you satisfied by the benchmark performance of the Oppo F1?