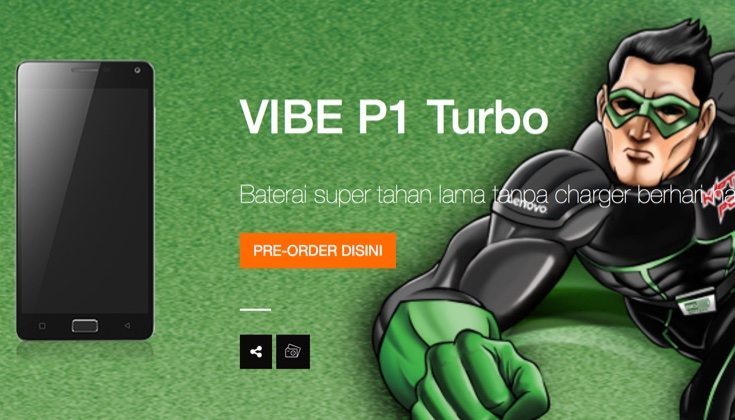 There have been murmurings about a Lenovo Vibe P1 Pro smartphone since early 2015. It was mentioned in a leak alongside other upcoming Lenovo handsets including the Vibe P1. We then saw some leaked images and specs in August but all has been quiet for some time. That has just changed as the phone has finally been made official but under another name. Read on for specs and more of the Lenovo P1 Turbo.

When we first reported on leaked specifications of the Lenovo Vibe P1 Pro, one of the highlights was its 5000 mAh battery. We’re glad to say that has still made it to the final version of the device, the Lenovo Vibe P1 Turbo. It has just been launched without fanfare on the official Lenovo Indonesia website where it’s already available to pre-order (see price details and more at source below). However, it’s not clear where else the phone will release at this point.

A Snapdragon 615 oct-core processor powers the Lenovo Vibe P1 Turbo, and it has a 5.5-inch display with Full HD resolution of 1920 x 1080. It’s listed with 3GB of RAM and 32GB of internal storage that can be expanded with microSD card to 128GB. The 5000 mAh battery features 24W Quick Charge 2.0, and the phone has a 13-megapixel rear camera with dual-LED flash. At the front there’s a 5-megapixel shooter.

The specs tally almost entirely with the previously leaked specs, except the P1 Turbo has more internal storage at 32GB rather than the 16GB rumored. The Lenovo Vibe P1 Turbo features a fingerprint sensor and is a dual SIM smartphone. It’s running the Android 5.1 Lollipop operating system, and the listing on the Lenovo Indonesia website describes Gold, Graphite Gray, and Silver color options.

It will be interesting to see if/when the new Lenovo Vibe P1 Turbo launches for other markets. Would you be a potential buyer of this Lenovo smartphone if it releases in your region?