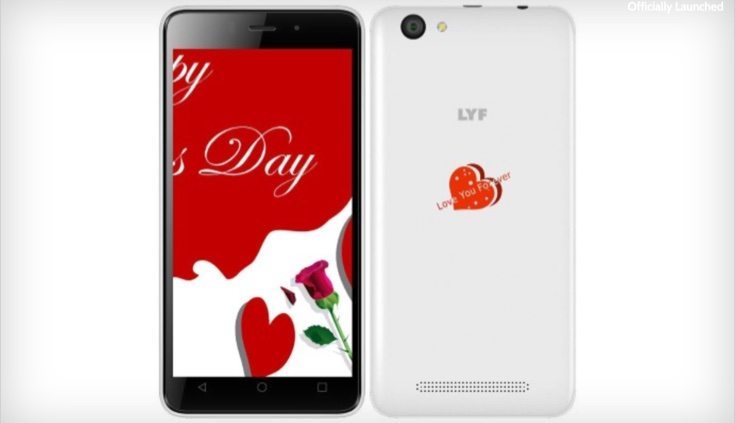 It was last year that Reliance Jio announced the Lyf brand of smartphones for India, and since late January we’ve reported on a few of the new devices. Now we have news of the Lyf Wind 6. It’s among the cheapest of these smartphones that have appeared so far, and details of the phone have been listed at a third-party online retailer. You can check out the price and specs in the next few paragraphs.

The Lyf Wind 6 has the same kind of design as the Flame 1 and also has a polycarbonate build. However, the Wind 6 moves up in display size to 5-inches (resolution not specified). It’s equipped with a 1.1GHz Snapdragon 210 quad-core processor, and has 1GB of RAM, and 8GB of internal memory that can be expanded to 32GB via microSD. Connectivity is catered for with 4G LTE, VoLTE, VoWiFi, 3G, WiFi, and Bluetooth, and it’s a dual SIM dual standby handset.

The Wind 6 has a 5-megapixel rear camera with autofocus and LED flash, and a 5-megapixel fixed focus front-facing unit. It also has a slightly larger battery capacity than the Flame 1 at 2250 mAh rather than 2000 mAh. That’s claimed to offer battery life of up to 8 hours of talk time. The Lyf Wind 6 runs the Android 5.1 Lollipop OS and weighs in at 156g. The handset measures 143.5mm x 72mm x 8.7m.

The other Lyf smartphones that we mentioned are offered at retail stores and Reliance Digital online. However, the Lyf Wind 6 is on sale at a third-party online store and has not yet appeared on Reliance Digital’s online store. The phone is being sold by HomeShop 18 and is currently in stock. Purchasers of this handset can also receive free gift vouchers worth Rs. 6,500 as well as a Lyf carry bag.

Are you surprised to hear that the Lyf Wind 6 is now for sale through a third-party online retailer? Could you be tempted by this new smartphone?